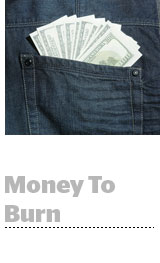 How much did Oracle pay for Moat? Inquiring minds want to know, and while Oracle hasn’t spilled the beans, an anonymous individual “familiar with the deal” told Recode the measurement company went for above $850 million. That’s more than 10x Moat’s revenue, for those keeping track. Recode notes two points of significance around that price tag: First, it shows appetite for ad tech [AdExchanger coverage] and second, it “shows that there are deep-pocketed buyers for ad tech outside of China.” More.

Last week, USA Today reported its brand page on Facebook was among those targeted by “bots” and Facebook was actively purging the spammers in charge of the bots. More. This week, suddenly, USA Today has 12 million fewer followers according to new data described in a Columbia Journalism Review report. Read more. Is Facebook-page-follower targeting still valuable or is it all about your own data on FB?

Pay up to clean up or ship out. The Interactive Advertising Bureau is making it mandatory for members to register with the Trustworthy Accountability Group, an industry coalition formed by the IAB, 4As and ANA in 2014 to fight fraud and other supply chain issues. Smaller IAB members will get their TAG registration gratis, while larger members will receive discounts depending on their size. Still, keeping your nose clean is an expensive affair. TAG membership costs around $10,000 a year and the minimum a company can pay for IAB membership is also $10,000 (scaling up to $750,000 depending on a company’s revenue). MediaPost has more.

Warner Bros. Digital Network and multichannel video network Machinima are the latest participants to pull out of the Digital Content NewFronts, reports Adweek. The IAB’s splashy, two-week confab designed to connect marketers and media agencies with digital content owners each spring has seen a few other regulars – Fullscreen and BuzzFeed among them – exit in recent weeks. And ProSieben’s Studio71 is going virtual with its presentation. Participation fees and hoopla aside, a number of the deserting companies are choosing, instead, to host their own closed-door client events. But never fear: More NewFronts newbies – like new media publisher LittleThings – are ready to take their place.

Publicis Groupe reported negative Q1 earnings on Thursday with revenue at $2.5 billion. Organic growth was -1.2% as the holding company struggled to bounce back from account losses. Growth improved from the previous quarter, when it was down -2.5%, but won’t be positive until the second half of this year, said Maurice Levy on his last earnings call as CEO. “We’re not completely out of the woods but we are at a good momentum,” he said. Levy talked a lot about the group’s yearslong reorg, which put its services under four hubs and its creative agencies under a single P&L by country, and brought media, creative and other teams under a single roof in smaller markets. “We are simplifying our structure and we have killed the holding company model,” he said. Read the release.

Once upon a time, media companies couldn’t own TV stations reaching more than 39% of American households. The FCC just struck that rule down in a 2-1 vote. The lone dissenter, Democratic Commissioner Mignon Clyburn, “warned that the FCC’s move would diminish diversity, competition, and localism, and predicted a wave of mergers and acquisitions,” according to Variety. Gordon Smith, CEO of the National Association of Broadcasters, countered that now local broadcasters can compete with multinational corporations. And the LA Times points out that the biggest beneficiaries might be two giants: Sinclair and Tribune Media, who now have leeway to merge. Read more.