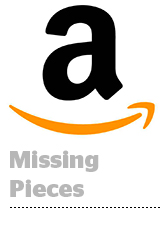 Amazon has a monster ad business, but it’s missing one piece: video inventory. The Amazon Prime video library has the audience, but like Netflix, it’s ad-free. Some recent moves show how Amazon will broaden its video supply. At CES last week, Amazon released an ad-supported streaming video service via IMDb, the Amazon-owned film and TV database. With decent content, a CTV play like Freedive could demonstrate demand for free, ad-supported content. Meanwhile, it’s trying to make the most of the inventory that goes through its systems. Last year Amazon revised contracts for its Fire TV OTT platform to secure 30% of inventory. And at CES last week the company said Fire TV surpassed 30 million users, topping Roku for the first time, CNET reports. More.

A Spot Of Data

Spotify’s podcast strategy will focus on licensing and producing exclusive content, and ad platform features will come with scale. The streaming giant has been growing its collection of originals, like shows with comedian Amy Schumer and radio host Guy Raz, because they perform better and grow the platform’s overall time spent with users, said Courtney Holt, head of Spotify Studios, at CES last week. Spotify has been selling ads for podcasts since mid-2018, and executives are now considering whether it makes sense to buy or build the ad insertion technology it would need to scale the process from in-house service to programmatic, TechCrunch reports. And now it will begin diving into the data, like Pandora, which launched its podcast personalization feature in November 2018, to use recommendation algorithms to improve discovery and ad targeting for podcasts. More.

Comscore is making inroads in local broadcasters as it races Nielsen to be the de facto measurement currency. Comscore has been in turnaround since it brought on agency vet Bryan Wiener as CEO last April. On Friday, Comscore inked a deal to become Nexstar Media Group’s sole metrics provider in 97 of its 100 markets, The Wall Street Journal reports. Comscore also expanded contracts with Gray Television and E.W. Scripps in the past few weeks, and increased contracts with US broadcasters by 20% in the past year. But while buyers are eager for a competitive currency, don’t expect Nielsen to disappear anytime soon. “We want competition, and we want the competition to push both Nielsen and Comscore and potentially others into getting us the measurement we need,” says Jane Clarke, CEO of the Coalition for Innovation in Media Measurement. More.