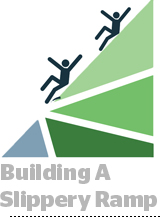 LiveRamp earned $102 million in Q4 2019, a 28% YOY increase, the company said in its quarterly earnings report on Wednesday.

That’s healthy year-over-year growth, though LiveRamp’s guidance is for revenue acceleration this year of 32% to 33%.

Two incoming changes to the digital media ecosystem will have a “seismic impact” on data and advertising technology, LiveRamp CEO Scott Howe told investors: Enforcement of privacy regulations like California’s CCPA and Google’s recent announcement that it will phase out third-party cookies in two years.

Surprise, surprise: Howe said these privacy trends will provide a tailwind for LiveRamp.

CCPA hasn’t impacted LiveRamp’s business, aside from the opportunity to sell its privacy services, Howe said. For instance, last quarter LiveRamp launched Privacy Manager, a consent management platform (CMP) that could be configured for GDPR, CCPA or other privacy laws. That tech is based on LiveRamp’s acquisition of the Dutch CMP Faktor in April 2019.

The Chrome Cookie reversal – though it won’t take place until 2022 – is the bigger and more immediate business opportunity for LiveRamp.

Howe said the official timeline has catalyzed marketers to make changes now, instead of remaining in a holding pattern until Chrome made its move.

“The Google Chrome announcement wasn’t necessarily a surprise other than the timing of it,” he said. LiveRamp had been preparing for a cookie-less future for more than a year, he said, with the company’s IdentityLink cross-device ID “anchored” by offline data like home addresses, instead of cookies or mobile device IDs.

Even if IdentityLink is based on offline data, it still requires the cookie to match those deterministic profiles to someone browsing the web. But other identity data signals could provide a fallback, if not an outright replacement for third-party cookies, Howe said.

LiveRamp’s Authenticated Traffic Solution (ATS) is creating more chances to match online users based on email. Publishers using ATS ask readers to submit their email for free access to content. That email address can potentially be matched to the IdentityLink profile, creating a chance for one-to-one targeting without having cookies, and with clear consent because the email was given to the site.

Howe said LiveRamp has 12 SSPs and 30 DSPs buying on ATS or committed to its adoption.

But LiveRamp isn’t profitable – it generated a net loss of $38 million in Q4 2019, compared to $15.3 million year before. But LiveRamp is aggressively buying back its own stock because it carries no debt and relisted on the stock exchange with more than $1 billion in cash from its sale of Acxiom Marketing Solutions to IPG.

After acquiring Faktor, the TV attribution company Data Plus Math and the nine-digit stock repurchase program, LiveRamp’s cash on hand totaled $767 million at the end of the quarter.