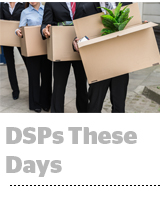 Snap is launching an ad network that will allow it to distribute its ads on other apps and reach non-Snapchat users. The Snapchat Audience Network will allow app developers like Tinder and Houseparty to integrate an SDK that lets buyers advertising on Snap extend those buys outside of its network. Snap is launching the product alongside another tool called Stories Kit that lets users and brands post their Stories directly from Snap into other apps. Snap will split the ad revenue from its audience network buys with developers but did not state at what percentage, TechCrunch reports. It’s unclear how exactly Snap will be able to reach and track users outside its network while maintaining user privacy. But advertisers are sure to be enticed by the ability to scale their expensive Snapchat creative assets to other apps while maintaining the quality of the experience. More.

Amazon has recently removed ad units it previously reserved for its own private-label brands, CNBC reports. The ad positions, launched about a year ago, had exclusive and valuable placements on Amazon’s site, like just above the “fold” of the page (what’s visible before someone has to scroll) or next to the buy box for a competitor’s product. The practice infuriated brands and sellers who rely on Amazon to sell their wares, especially because Amazon uses data on other sellers’ products to its own advantage. Amazon is also responding to pressure from regulators and antitrust experts, who have turned up the heat on Amazon lately. “If I were Amazon, I would be worried about being viewed as giving unfair advantage to my private-label products, given the amount of power they hold in general – and how unpopular the amount of power is quickly becoming,” Andrea Leigh, VP of the Amazon agency Ideoclick. More.

In the past few weeks, dataxu let go of 30 employees, or about 10% of its staff, as it pursues a sale of the company. The layoffs affected a mix of senior and junior staffers who did not fit with the company’s TV-centric vision, says Ed Montes, who was promoted to president of dataxu’s TotalTV OTT business on Thursday. “We’re doubling down on our tremendous success with TotalTV by increasing our investment in the business and organizing our leadership and operations around the solution to go further and faster,” dataxu CEO Mike Baker tells Adweek. More. AdExchanger reported in March that Comcast is considering dataxu, which has set its valuation at $300 million, to help build up its programmatic business.

Roku stock stumbled on Thursday as investment analysts fretted about increased competition straining the market for ad-supported streaming video. Roku shares are still way up this year, from a low of about $28 in December 2018 to $64 at market close Thursday. But as Viacom, Disney, Apple, Amazon and WarnerMedia advance their subscription streaming businesses, Roku’s active user base could have its attention divided. Amazon in particular is a threat to Roku, which has been the darling of data-driven video advertisers trying to buy their way into advanced TV. Amazon has “the highest quality data set for a programmer to leverage with advertisers,” Rosenblatt Securities analyst Mark Zgutowicz tells Bloomberg. More.