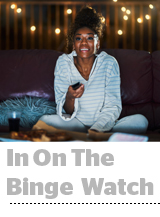 Publishers have mixed reviews of Apple News+, the $9.99 monthly subscription bundle Apple unveiled last week. They have been burned in the past when they hopped aboard news platforms developed by tech giants. (Ahem, Facebook.) But, for some, Apple’s promise to distribute content to more than 1 billion devices is too enticing to pass up. The Wall Street Journal is leaning into the platform by putting the majority of its articles up on the service even though it’s cheaper than a digital WSJ subscription, possibly tempting some iPhone owers to drop their direct contract in favor of Apple’s bundle. News Corp. CEO Rupert Murdoch was the driving force behind the WSJ’s deal with Apple News+. But Mark Thompson, CEO of The New York Times, which isn’t partnering with Apple, says the platform has “jumbled different news sources into these superficially attractive mixtures” and could cannibalize the NYT’s own subscription businesses in the long term. According to the Times, publishers who did agree to the deal seemed less than optimistic off the record, but didn’t want to risk violating NDAs they’d signed with Apple. More.

Hulu has been testing new ad formats to create additional inventory for itself, such as the “pause ads” introduced earlier this year that display when viewers pause a show. Now, the company is exploring new “binge advertising” options, Ad Age reports. If someone has watched two or three episodes of a show in a row, there’s a chance to serve an ad between episodes, said Peter Naylor, Hulu’s head of ad sales. The idea is that binge viewers are more engaged and that giving brands the ability to select one or more programs to target with contextually relevant ads will make their campaigns a more natural part of the binge-watching experience. Brands can also “sponsor” a binge session by showing a commercial between episodes while promising lighter ad loads during the actual show. More.

Brands need to think harder about earning attention rather than buying it. Not all that long ago, one hour of TV included 17 minutes of commercials and radio spots were a fixture of every car ride. Now, viewers are sheltering within ad-free streaming services and behind ad blockers. Media companies and marketers have this challenge in common, since both must appeal more directly to people instead of speaking exclusively to captive audiences, writes Ryan Pauley, CRO of Vox Media, on LinkedIn. There used to be only “transactional relationships” between media companies and their audiences and between marketers and publishers. “My final message for marketers is this,” Pauley wrote. “I need your help just as much as I believe we can help you.”