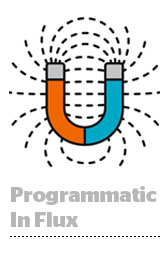 In 2017, five industry developments caused the ad tech industry to rethink how auction dynamics and quality controls should work in programmatic.

These factors, detailed below, stem partly from header bidding, which made it harder for exchanges to win auctions and created a huge burden on DSPs to listen to more impressions.

Supply chain issues as well as transparency and inventory quality concerns also forced auctions to evolve in 2017, and that evolution will continue through 2018.

The Rise Of First-Price Auctions

Because header bidding, where the highest price wins, increased competition between SSPs, they tried to increase their win rates by submitting the buyer’s bid, not the clearing price, to the final auction – effectively switching from a second-price auction to a first-price auction.

But this switch, when done nontransparently, raised controversy and destabilized online auctions. Win rates threatened to decline for exchanges sticking to a second-price auction. And many buyers familiar with second-price auction mechanics overpay in a first-price environment, as they didn’t all know how to bid shade appropriately.

As the year ends, AppNexus is leading in the switch to first-price auctions. Rubicon Project will offer buyers a blend starting in January, while Google remains a holdout committed to the second-price model. Everyone else falls somewhere in between.

A second side effect of header bidding has been a multiplication of queries, making it more expensive for DSPs to listen to bid requests.

Supply path optimization will continue through 2018, leading to more pricing pressure and a push for transparency.

In the early days of programmatic, insiders assumed the DSP charged a fee to the buyer and the SSP a fee to the seller. But the reality turned out to be far different.

SSPs may make buyers pay to access their inventory, and DSPs may request rebates from SSPs, or charge other hidden fees and not pass the savings to the seller.

In 2017, hidden fees became an issue for the courts. In March, The Guardian sued Rubicon Project, alleging the SSP had charged it with hidden buy-side fees. DataXu sued RhythmOne, another exchange, for charging hidden fees and for not running a clean second-price auction. GroupM is optimizing away from exchanges with hidden fees.

In 2018, continued pressure from marketers and publishers will put pressure on providers with hidden fees to remove them – or, perhaps, just find better ways to hide them.

Open programmatic auctions have a huge “fake Rolex” problem. Buyers whitelist URLs like Financial Times or Business Insider to protect themselves, but end up buying faked inventory. Ads.txt, announced in May, aims to solve domain spoofing.

Google’s DoubleClick Bid Manager became the first DSP to filter out inventory from sellers not listed in a publisher’s Ads.txt file in Q4. Prices rose – a good thing for publishers who want top dollar for inventory and for buyers willing to pay for the real thing.

As more publishers adopt Ads.txt and buyers focus on purchasing only verified inventory, the open exchange should be a lot cleaner in 2018. But the technology doesn’t solve everything, like display-to-video arbitrage, and it can be gamed: Ad tech buyers have already tried to trick publishers into adding them to their authorized sellers list.

Double Down On Brand Safety

A focus on brand safety that started during the 2016 election, when brands found themselves supporting fake news sites, snowballed into something much, much bigger in 2017. Brands inadvertently bought ads next to extremist content on YouTube. In November, YouTube videos of sexualized children again drew brands’ ire.

Brands like Chase responded by cutting off long-tail inventory. And when those brands didn’t lose scale or performance, they questioned what many consider the upside of programmatic: access to audiences on niche sites too difficult to buy directly.

But in the meantime, publishers are starting to feel the effect of these brand safety filters – which have sometimes incorrectly flagged their inventory, highlighting the complexities of using algorithms to assess objectionable content.