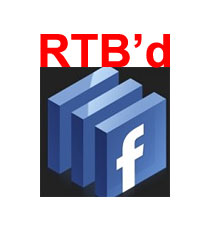 Facebook’s decision to enable real-time bidding on its site, as well as layering in retargeting capabilities, will certainly help solve the perceived revenue shortfalls that caused such a negative reaction to its much-hyped IPO, but as eMarketer analyst Debra Aho Williamson tells AdExchanger, any lift the social network sees in ad dollars will be strictly incremental. That said, RTB is growing swiftly and the move plays to Facebook’s strengths, namely those performance ads on the right side of most people’s Facebook news feed.

But it will do little to change the minds of companies like GM, which received a great deal of attention after announcing loudly that it would pullback its $10 million ad spending from Facebook (a pittance when it comes to big brand ad budgets), which resisted the carmakers’ desire for more splashy, homepage takeover ads. “For Facebook to be successful, it needs to work on both the performance marketing side and the brand advertising side,” Williamson said. “The brand advertisers are the ones with the big budgets. Making the case to brand advertisers is going to be important. What Facebook might be realizing that performance mechanism they’ve already put together is pretty valuable. And working with the demand side platforms and layering retargeting capabilities is clearly going to be meaningful.”

As AdExchanger’s Zach Rodgers wrote earlier, for the first time, the Facebook Exchange will open up the social network to advertisers looking for impression-level targeting to users who they have previously received cookies on other websites. The retargeting aspect is particularly interesting, since many Facebook users certainly may research a product, go to another website and return frequently as they continue their shopping.

Online retailers will find Facebook even more enticing as a result. “This will open up both existing classes of advertisers, like retailers, as well as new ones, as retargeting becomes a bigger option for online marketers,” Williamson said. But ultimately, she doesn’t expect that the impact will be that immediate or that great, primarily because, in spite of the shine coming off Facebook’s stock recently, it continues to vie for the leadership of display advertising with Google. And even if Facebook is number two to the search giant in display, Facebook’s share of the market will remain huge. According to eMarketer stats, Facebook’s slice the total U.S. display ad market rose to 14 percent last year, up from 11.5 percent in 2010.

This year, Facebook’s share is expected to grow to 16.8 percent. By comparison, Google’s share of U.S. display ad revenues is expected to hit 16.5 percent over the next five months, up from 13.8 percent in 2011 and 12.1 percent in 2010, according to eMarketer. So what will RTB do? Hard to say, since it’s still such a fast moving target, but eMarketer is projecting that RTB spending will make up $2 billion of the roughly $15.6 billion expected to be spent in display this year.

To put that in greater context, online ad spend in general is expected to be $40 billion in 2012, suggesting that at best, the Facebook Exchange will merely help the social network keep pace with Google for display’s leadership position. By David Kaplan