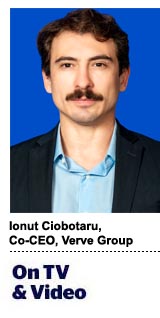 Today’s column is by Ionut Ciobotaru, co-CEO of Verve Group.

A marketer’s ability to execute and understand campaigns through an omnichannel lens is improving, even in an ever-shifting privacy landscape. That’s a good thing.

However, as barriers between channels blur, we have to consider each one individually when it comes to performance. This is particularly important as it relates to fraud.

There’s no such thing as omnichannel fraud. Rather, fraud exists as an array of highly specific malicious tactics that can take a serious toll on campaign ROI. For brands and agencies, it’s  daunting. Their budgets are up against an army of agile, opportunistic bad actors with tech skills well beyond their imagination.

But that monolithic concept of Fraud – huge, and with a capital F – is a bit of a misnomer.

With a basic channel-by-channel understanding of fraud at a granular level and some overarching best practices for combating fraud’s various manifestations, marketers can mobilize their own armies of tech sophisticates.

Web: Ad fraud on the web typically involves buying and selling bot traffic. The industry combats this malicious activity through web-specific anti-fraud technology (DoubleVerify and others). These tools compare bot behavior to real humans and use bot/network and residential IP lists to weed out fraudulent users. Advertisers can also fight web fraud by auditing supply paths and inventory provenance across the SSPs using solutions like ads.txt or SupplyChain Object.

CTV: Fraudsters on this emerging channel impersonate CTV traffic by buying bots or audiences from elsewhere (web, in-app). But anti-fraud tools are on the rise, too. Ecosystem partners are working together to share data and findings around CTV fraud. Plus, the industry has learned that sourcing CTV inventory directly, without intermediaries, is highly effective for preventing fraud in CTV.

The importance of transparency and standards in the war against fraud

The highly nuanced nature of ad fraud means we’re never going to have a silver bullet to safeguard media budgets. But that doesn’t mean our ability to thwart bad actors hasn’t improved. It has – and it will continue to do so. That’s thanks in large part to the industry’s growing commitment to transparency and standards, as well as strategic industry partnerships.

After all, no company can solve for the complexity of fraud on its own.

Ultimately, the goal of the ad ecosystem must be to make it economically unviable for fraudsters to make money. That starts with transparency and standards. We’ve seen the effectiveness of established initiatives like ads.txt and sellers.json, as well as newer ones like buyers.json.

But as identity becomes more constrained in light of the deprecation of third-party cookies and new privacy legislation, we’re seeing more vectors for fraud appear. For example, attribution fraud – especially as it relates to probabilistic matching – can be harder to catch in the absence of an established identifier. That means our industry’s commitment to transparency and standards is going to become all the more important in the coming years.

Across all channels, every industry player has a role to play in the fight against fraud. Our industry must enforce a zero-tolerance policy on fraudulent behavior by naming and sharing the culprits across the industry when they’re unmasked.

We must use the right tools, close the right doors and collaborate to force out bad actors. If we can work together to make it harder to commit ad fraud, we can continue to reduce the economic incentive to pursue these activities at all. After all, it’s only a cat-and-mouse game so long as there’s cheese on the table.