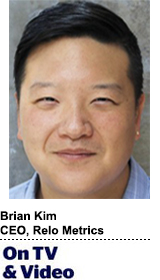 “On TV & Video” is a column exploring opportunities and challenges in advanced TV and video. Today’s column is by Brian Kim, CEO at Relo Metrics.

Everybody knows the old adage, nobody gets fired for buying IBM. In the television or sport industry, until recently, the same could have been said for the decision to work with Nielsen.

The measurement giant’s recent loss of its Media Rating Council accreditation, and the frustration over its ratings service, marks the end of Nielsen’s dominance of broadcast audience tracking. But it heralds an opportunity for a more transparent and digital-minded alternative. And the clearest opportunity is in the field of sports sponsorship measurement, which has been held back by ineffective metrics and a lack of transparency.

Nielsen’s solutions have always rested on its extrapolation of core broadcast ratings from its panel of 40,000 households. But in our multichannel media landscape, Nielsen’s focus on traditional TV and panel-based solutions misses a huge piece of the sports measurement pie, leaving brands with an incomplete picture of the value of their sponsorship investments.

Twenty-odd years ago, an entire family might have happily sat down to watch an important game – the U.S. Open final, for example – in its entirety on that channel. Today, consuming live sports events like that is the exception, rather than the rule. Many people watch highlights of the game on their social feeds, even TikTok. Others may dip in and out of the game, which could be streaming on a PC or tablet.

Nielsen said it plans to launch a cross-channel audience measurement with its Nielsen One product. But it’s late already and many brands have lost confidence in the company’s ability to come up with a solution.

With the current antiquated model, there’s an opportunity to rethink sponsorship measurement standards around accountability, transparency and data.

This will require agreement on a common measurement metric all stakeholders can access, rather than accepting one company’s black box system. Sponsorship values must be easier for rights holders and brands to benchmark and track performance across a variety of partners, and not wholly different vendor by vendor.

The holy grail for marketing measurement is to measure brand lift, awareness, impact and ultimately sales. But first we must get the basics right, such as brand viewability during sports events, which is a different beast than tracking product placements or ads served during a TV broadcast.

Look no further than the success in online advertising over the last 10 years. In the early years of digital advertising, the industry was obsessed with the measurement of clicks on ads, which created a false sense of ROI.

In response, the largest media spenders in the industry came together to define a more standardized, reliable approach to measurement tied to the viewability of digital ads. The result was a new standard determining whether an ad was visible to the user, not fired off below the fold or obscured by other content on the page.

This approach led to an explosion of growth, and digital advertising boasts a market of $300 billion and still growing at double-digit growth rates per year. Television advertising has a negative growth rate due to the pandemic, but was expected to grow by only a few points even in pre-pandemic projections.

For all of us in the world of sports, isn’t it time to standardize around a similar viewability metric so that brands, programmers and sports organizations can grow and capitalize on this new wave of multi-screen users, not be relegated to archaic linear TV ratings?

A new metric would also incorporate sponsorship reach and prominence on social feeds. Nike can tally the high sales of the red and blue tennis kit worn by      Emma Raducanu, the British teenager who barely qualified for the U.S. Open, then went on a Cinderella run to win the tournament. But Nike would, no doubt, be keen to track its brand visibility across social channels during the event.

I believe sports sponsorship marketing is at a tipping point. If we as an industry don’t grab the opportunity to overhaul standards and systems of measurement, there is a chance that our businesses may become as obsolete as a cassette player. We need to modernize our solutions, or risk being a footnote in Wikipedia.