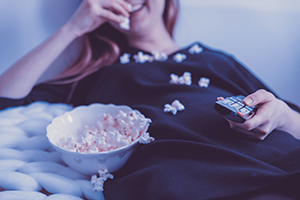 Incremental progress in that direction happened Thursday when ViacomCBS and DISH Media each said that they have successfully tested the first addressable campaign within a live national broadcast through an MVPD set-top box.

The companies partnered with TV ad tech company Adcuratio to power the activation on the CBS broadcast network with its signaling solution – developed in partnership with ViacomCBS and DISH. If an MVPD integrates with this signaling solution as well as the programmer’s and distributor’s infrastructure, it can make its ads addressable.

The parameters of the test were admittedly limited. When it launched in December, it executed addressable ad replacement on an unspecified number of live campaigns for a small number of advertisers across DISH’s 9 million households in certain CBS-owned-and-operated markets.

Still, any progress toward enabling ad targeting in linear national broadcasts is notable.

“It’s incredibly important because national broadcast is still the largest tranche of TV viewership and the fact that that largest pod of TV viewership has been unable to receive the most relevant household-level targeted ads, it only received a national ad for the entire audience,” said Mike Dean, SVP of advanced advertising at ViacomCBS.

ViacomCBS worked with DISH, Adcuratio and addressable TV ad tech company INVIDI for over a year and a half on the technology. And the companies hope the solution can help addressable advertising scale so that it eventually becomes an industry standard.

While cable networks have been addressable for years, addressable national broadcast had been technically unreachable because the infrastructure didn’t exist to target specific households and insert different ads.

“Traditional, live broadcast television has never been addressable,” Dean said. “Not the CBS inventory nor the local affiliate inventory. This is really a breakthrough, but it’s also a huge expansion of the addressable footprint for buyers in that we’re bringing this technology and opportunity to the national broadcast marketplace.”

Until now, Dean said, the broadcast signal – which originates from a broadcast distribution center and then goes to CBS’s more than 200 local affiliates, distributors like DISH and to households — did not have the triggers to indicate when a national ad could be replaced.

The new tool marks when to play targeted ads in a set-top box. This addition changes how those signals are brought into the DISH facility, and indicates where to insert the ad, said Tim Myers, DISH Media’s GM of strategy and products.

“Essentially, the set-top box, the DISH technology, receives a signal that tells it when an ad is able to be replaced,” Dean added.

Myers said the move marked the first time that DISH made its addressable technology available outside of its own product offering. For example, DISH currently has two minutes of ad inventory per hour on A+E and two minutes per hour on Viacom networks, like MTV and Comedy Central, that can be bought addressably, he said.

Asked how the ads would be targeted and measured, Myers said that the solution takes advantage of DISH Media’s full addressable technology platform, which can target to fairly granular audiences. It also uses the same measurement technology that DISH uses for its other addressable advertising products that are measured with Comscore.

“The targets can be quite granular,” he said. “The technology itself is not specific to CBS and probably will ultimately be deployed by others.”

“We just have to work through essentially the data transportation engineered that allows us to get those segments from ViacomCBS, to Adcuratio, to DISH,” Dean said.

Dean declined to comment on where the solution was activated on the CBS broadcast network during the testing phase, other than to say it was deployed within all live national TV – not DVR or VOD – and targeted traditional viewers tuning into CBS. He also declined to say when the technology would be brought to market.

“Because there are multiple markets involved here, it’s not something where you can just throw the switch and you get blanket coverage,” DISH Media’s Myers said. “It will be staggered off various markets and it will come in groups. That’s one of the variables that comes with this kind of broadcast deployment.”