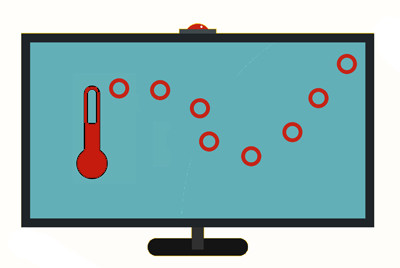 Measurement is a major selling point for local TV advertisers as the economy starts to (sort of) reopen.

Scale, however, has historically been a problem, and there hasn’t been enough data for broadcasters such as TEGNA to properly track user journeys to completion.

On Wednesday, Alphonso, TEGNA’s long-time attribution and TV data partner, added TV manufacturers Seiki and Skyworth to its roster, which includes LG, Hisense and Sharp, bringing its footprint of opted-in US smart TV households to more than 15 million.

TEGNA uses Alphonso’s data and analytics to measure the effectiveness of linear and OTT campaigns based on outcomes.

Digital, and particularly OTT, is pushing linear to be more accountable and enabling it to “take the credit it deserves for the results it’s driving,” said Jessica Daigle, VP of sales intelligence at TEGNA.

“And that’s really about the data, which is the game changer and the thing we never had,” she said. “We don’t need fancy measurement to know that local TV works, because we see it in our clients’ revenue numbers, but it’s really helpful to know exactly what works so we can maximize every single dollar and build the most optimal campaign.”

Local TV viewership surged in March and April for obvious reasons: People were glued to their TVs looking for local pandemic info. But ad dollars didn’t follow. Many stores were closed and advertisers tightened their belts.

But with the varying lifting of restrictions across the country, advertisers, especially national ones, are taking more of their spend to the local level, said Raghu Kodige, chief product officer at Alphonso.

“And when brands move their dollars from national to local, they need proof that it works for them, that they’re deploying those dollars effectively,” Kodige said. “They want measurement for all of their buys.”

For the last three years, TEGNA has used this data to power its attribution, which helps foster a consultative relationship between TEGNA and its advertisers, Daigle said.

A substantial portion of TEGNA’s revenue comes from national brands buying local spots, whether that’s automotive manufacturers or large fast food chains, such as McDonald’s, she said. They allocate a portion of their budget to local TV and heavy up in specific DMAs where they need to hit certain performance metrics for their business.

“But what this pandemic has made even more extraordinarily clear is the critical importance of local television as a primary journalistic force in the community – and that is not lost on our advertisers,” she said.

Local is also becoming an attractive alternative as COVID-19 transforms the upfronts and creates a desire for scatter – as well as an aversion to long-term commitments given ongoing volatility.

“With the upfronts, you only really have historical data,” Kodige said. “But if you can buy on a regular basis, you can test and measure what happens week by week – and some brands are choosing to go that way so they can react to the changing circumstances.”