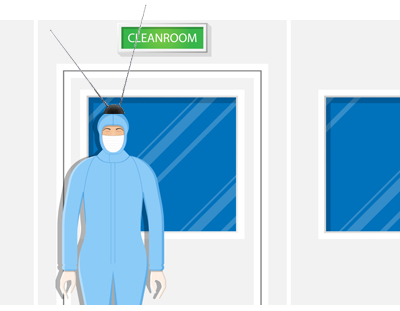 But they’re not always flexible or scalable, said Jason Manninghan, CEO of advanced TV data platform Blockgraph, which is jointly owned by Comcast, Charter and ViacomCBS.

TV advertisers in particular need a wide range of capabilities in order to tie media spend with viewing and campaign outcomes.

“Most clean rooms are platform specific – like what the walled gardens have created – but TV is a very fragmented ecosystem,” Manningham said. “Rather than one single walled garden, there are multiple MSOs [multisystem operators], OEMs [original equipment manufacturers] and, increasingly, programmers with their apps.”

To help both advertisers and ad sellers measure, attribute and optimize campaigns, Blockgraph is planning to release a clean room product of its own called DoubleBlock, thus named because it creates a double-encrypted identifier that can be used by both parties in the clean room to match their data and tie it back to household information without compromising it.

The technology is appealing because it facilitates the analysis of first-party ad exposure and campaign outcome data “while also providing all necessary clean room-like data protections to obfuscate proprietary and/or identifiable information,” said John Brauer, VP of insights and analytics at Effectv.

Effectv has been actively testing applications of the software throughout its development. This quarter, it plans to launch alongside an advertiser partner for cross-platform campaign attribution. The general launch of DoubleBlock is slated for later this month.

What differentiates Blockgraph’s clean room from other clean room offerings, Manningham said, is that it functions essentially on demand. Companies can securely combine first-party or third-party data quickly and without having to adopt a new database or data schema.

Two entities, a media company and a marketer in most cases, share their data into the clean room, and Blockgraph uses two layers of encryption to create a secure ID for analysis.

An MVPD, for example, can use the ID to measure the effectiveness of CTV tune-in advertising, where programmers promote their shows. Networks are gunning for streaming subscriptions and they want people to watch content via their apps.

But when someone streams a show, the data outcomes are owned by a different company (the programmer) than the one who sold the media impressions (the MVPD).

In that case, DoubleBlock would allow streaming app providers with viewing data tied to an identifier, such as an IP address, to match it with MVPD impression and exposure data deterministically. After matching, the streaming apps could see which ad-exposed households went on to download the app as well as what they watched, when they watched and for how long.

An advertiser could also combine sales data with CTV or linear impression data, stripped of any identifiable information, to attribute purchases at the household level.

According to Manningham, the match rate within DoubleBlock is between three and five times better than traditional identity resolution when making deterministic associations between IP address data and household data.

Once the measurement and attribution analysis is done, the results can be shipped to whatever proprietary or third-party tool the marketer or media company prefers, whether that be an SQL database, an attribution provider, Excel or even another clean room, like what Snowflake, LiveRamp or InfoSum offers.

“The goal here is to provide data owners with de-identified data so we can support interoperability in the TV industry,” Manningham said.

In that way, DoubleBlock is an extension of Blockgraph’s existing approach to measurement, which is to serve as a neutral identity layer for the TV ecosystem.

“Our strategy is not dissimilar to that of AWS,” Manningham said. “We’re providing services and data connectivity that can be used on demand, and the clean room is a continuation of that.”

For now, only two entities can match their data within DoubleBlock, but Manningham said multiparty analysis is on the road map.