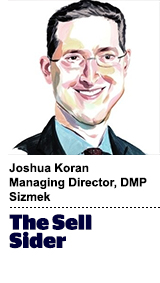 With the passage of California’s new Consumer Privacy Act, there is increasing attention to how data is collected, processed and sold online.

Unfortunately, as with the General Data Protection Regulation (GDPR), many interpretations of this important legislation favor the small number of vertically integrated publishers to the detriment of independent publishers.

Any policy must be judged by the outcome it produces. For example, a policy that gave preferential treatment to one religion relative to all others would be denounced as infringing on the freedom of religion. A policy censoring opinions that disagreed with government authorities would be similarly deplored as infringing on free speech rights.

These rights are fundamental to our democracy, which aims to treat everyone fairly and allow opposing opinions to be expressed without fear of government retaliation. Indeed, a free press is necessary for our democracy to prosper.

We all support privacy rights, which are nothing new

California’s new law recognizes privacy as a right for all Californians, which is in many ways like those afforded by the European GDPR to EU residents. The good news is that the right to privacy in the United States is nothing new.

The right to privacy has been actively discussed in the US for more than 120 years, ever since future Supreme Court Justice Louis Brandeis published his Harvard Law Review article bearing that same name. Similarly, for more than 60 years the European Union has recognized privacy as a fundamental right, enshrined in Article 8 of the European Convention on Human Rights, which has been in effect since 1953.

The bad news is that some recently proposed interpretations for legal compliance, with both GDPR and California’s law, can have a very negative effect on freedom of expression. Note these interpretations often favor large corporations at the expense of consumer freedom.

Freedom of expression is under threat by large corporations

The internet is under threat today, not by regulations that protect consumer privacy, but by corporations hoping to use these important privacy laws to further bolster their dominant role in their respective markets.

Imagine for a moment that only a single website was authorized to publish the news. How would we detect fake news if we only had a single outlet for information? Now, imagine there are only a dozen publishers and they control the funding for all content available online. I would wager no one reading this would think this a superior outcome to the vast diversity of information available today, which is supported by thousands of advertising technology vendors.

Fortunately, GDPR recognized this and uses a “balance of interest” test to determine whether the collection and processing of personal data by the website and its vendors is legitimate. Indeed, GDPR recognizes different companies have different relationships with consumers and even incentivizes these third parties to continue to operate with pseudonymous identifiers, such as cookies, rather than email addresses or other identifiers that directly identify individuals.

Supporting the diversity that supports democracy

As we design the rules that govern the internet our children will inherit, I hope agencies, advertisers, content owners and content distributors support the freedom of expression provided by independent publishers. I hope they support competition, whose market pressure ensures prices remain fair, and new innovations that encourage the internet to continue providing enhanced communication, commerce and content services.

As large vertically integrated players increasingly dominate the internet, I hope the direct supporters of free content and services do more than merely voice their discontent and continue business as usual. Proponents of a diverse and democratic internet need to take this opportunity to learn from the mistakes of other industries, which all too often lapse into long stagnant periods after regulation and market consolidation go too far.

Democracies require freedom of expression. This freedom is not only needed to express one’s opinions, but also to ensure fair access to the means to communicate it. As we improve the transparency around how the internet operates, I hope we do not undermine the very operation supporting this freedom.

Independent publishers deserve choices in the vendors they select to fund their businesses. Any policies restricting their choices should be reviewed against the unintended consequences that restrict consumers’ choices, free access to information and uncensored communication.