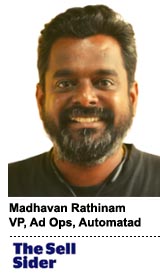 Today’s column is written by Madhavan Rathinam, VP of ad operations and customer success of Automatad.

As an industry, we never get bored of discussing “viewability.” And rightly so. Viewability has great influence on both sellers and buyers of advertising. Higher viewability can increase effective CPM (eCPM) for publishers and clickthrough rates (CTR) (thus, return on ad spend) for buyers.

Being a header bidding provider, my company and its competitors constantly experiment with several techniques to maximize viewability. Lazy loading is one such technique, well known to and widely used by publishers.

But I’ve been surprised at the lack of understanding of the nuances involved in this widespread practice. Let us be clear – yes, lazy loading will increase your viewability, but the degree to which it does so, and more importantly, whether it benefits both sides (you and your advertisers), depends.

There are many scenarios where lazy loading benefits no one at all.


If lazy loading can increase viewability, why should you not implement it? There’s one big reason to think twice: reduced ad impressions. The number of impressions you deliver decreases with lazy loading, and in most cases, so does overall revenue.

So, doesn’t it make sense to implement lazy loading strategically, rather than across the board? Especially, if it isn’t benefiting anyone, why would you surrender that revenue?

The good news is, taking certain considerations into account will provide answers to the important questions: Should you implement lazy loading? And if so, how should you do it? There are some simple steps that will reduce risk while still reaping the benefits. For instance, simply choosing not to implement lazy loading on desktop can save you a lot of revenue.

Below are a few lesser-known considerations that can help you along the path to smarter lazy loading.

But before we begin, an important distinction: if your site is slow and lazy loading will improve user experience, I encourage you to move forward without hesitation. On the other hand, if you hope to implement lazy loading for increased viewability with the ultimate goal of increasing revenue, this piece is for you.

Why might this be? There are two key factors.

a) Why is viewability higher in non-target geos? Simply put, your home market visitors are much more likely to engage in micro-sessions (sessions lasting less than 15 seconds). These users skim content and quickly bounce off, hurting viewability. Users from non-core markets require more time for navigation, which helps viewability.

b) Why is the related lift in eCPM greater in target geos? One factor here is that buyers have a better chance at ID’ing these users as they are likely also active bidders on other sites frequented by the same users. But a larger reason is click-through rate. CTR is in all likelihood higher among users in your target geo.

As we know, advertisers can bid based on viewability but DSPs typically don’t offer granular buckets (10%+ increments are offered). You can target, for example, inventories with predicted viewability of “50% or greater” or “60% or greater.”

It’s important to improve your rank position here. this will do more for your eCPM than just increasing viewability within the same bucket. For example, if you boost your viewability from 74% to 79%, you’re still under “70% or greater.” Advertisers targeting “80% or greater” won’t bid.

As your viewability “bucket rank” climbs, the number of advertisers bidding will shrink. Advertisers on the open web often run ads for branding purposes, and reach is paramount. Demanding a high viewability rate can reduce reach and so advertisers are unlikely to do so.

Takeaway: Changing your position in the viewability buckets can have more impact than increasing the viewability. Implement lazy loading when your current viewability isn’t great. If it’s already over 80%, you won’t see the expected uplift in both viewability and eCPM.

Furthermore, a publisher’s desktop eCPM is often higher than mobile eCPM. And since desktop bids and viewability are already higher, even if you increase viewability substantially, the number of bids or the bid prices aren’t going to improve much.

Takeaway: Evaluate your current viewability on desktop. If it’s already great, focus on mobile lazy loading as your best bet to boost revenue.

Wait, are we ignoring the advertisers?

Does this advice to selectively promote viewability disregard the interests of our all-important advertisers? No. Importantly, my advice is to only let up on lazy loading in cases where your ads are highly viewable already (greater than 80% for example).

Why? Even if you increase viewability by 5%+, advertisers aren’t likely to gain much value. From our experience, CTR remains more or less the same once viewability surpasses 80%. If you think about it from the users’ perspective, this makes more sense.

The real question is, why bother lazy loading ads if doing so delivers fewer impressions and lesser revenue, and when both you and advertisers gain nothing from it?