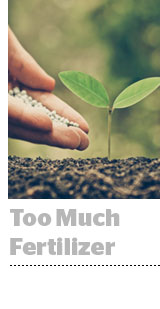 While some of digital media’s biggest stars and flashiest names make big cuts to make their businesses profitable, others are weathering change just fine.

The difference? They’ve always focused on sustainable growth and profitability.

Venture-backed companies typically made three key mistakes, according to these publishers. First, and most importantly, they grew costs before revenue. Second, they didn’t give their audiences time to grow organically – aka more slowly. Third, they made risky bets in pursuit of growth.

As the layoffs attest, profitability is only now becoming a focus for these star media companies. BuzzFeed raised almost $500 million, and Vice $1.4 billion, allowing them to hire employees in anticipation of sky-high revenue expectations – which they failed to meet. After years of losing money and operating with larger headcounts, BuzzFeed CEO Jonah Peretti wants profitability this year and Vice CEO Nancy Dubuc plans to be profitable “sooner than most people think.”

In contrast, media companies without funding usually don’t hire unless there’s a way to pay for the new employee.

“We never hired ahead of growth,” said Alexia Brue, co-founder of Well+Good.

The wellness publisher would book an advertising campaign and then staff up to meet the demands. With that disciplined approach, the publisher was “always profitable,” Brue said. The media company sold for $19 million to Leaf Group last year.

Media companies that did the opposite – hired in advance of growth – are now the ones making layoffs. Vice and BuzzFeed each laid off 250 employees this January, and Mic laid off everyone in editorial before selling to Bustle founder Bryan Goldberg. (Macro declines in print media also led McClatchy to trim 450 employees and Gannett 400 employees. Verizon shed 800 employees after writing down its media acquisition by $4.6 billion in another case of inflated expectations.)

“You are seeing companies that raised an extremely large sum of money have to get to profitability by cost cutting, which is always tough,” said Erika Nardini, CEO at Barstool Sports, a profitable sports publisher.

Why did the companies making layoffs hire so aggressively? They were venture capital-backed, which meant they were incentivized to show growth now and worry about profitability later.

“When you raise that much money, you [have to] hit a certain growth metric,” said Blavity CEO Morgan DeBaun. “You have to make huge bets, which means you are likely to fail, and jobs are at risk.”

“A lot of companies fail because they jump into a Series A too quickly,” DeBaun said. Blavity raised its Series A last year, a few years after launch. “We wanted to make sure we had sustainable growth, a strong business model and engagement with our consumers across multiple channels.”

Well+Good never raised money and chose to bootstrap. Brue noticed that when founders raised money, they couldn’t devote 100% of their attention to their businesses. “Founders would spend their time managing their investors vs. creating value and building their own companies.”

With less money to throw around, Brue couldn’t go all-in on certain trends, like the “pivot to video,” which ended up being a blessing in disguise.

“When everyone was putting all that money into the pivot to video, we didn’t have the resources to do that, thank God,” she said. “We grew slower, but we were able to test, learn and grow responsibly. I liked that discipline.”

Blavity also cited a lack of resources behind its decision not to invest heavily in video content. “Video is risky,” DeBaun said. “We have all learned from the mistakes of others that creating a 40-person video company is probably not a good idea.”

Besides avoiding the “pivot to video,” underfunded companies didn’t rely on social media to supercharge growth. That focus felled a number of VC-backed companies over the years. including Elite Daily, LittleThings and Mic.

“The dream of growing a massive audience and monetizing it on Facebook is over, and you are seeing the death of those companies,” Nardini said.

By focusing on a single content niche, these media companies didn’t try to be everything to everyone – not that these publishers could have afforded that approach anyway.

“We are not trying to be the ‘voice of millennials’ all over the world,” DeBaun said.

As the media space right-sizes, however, that doesn’t mean that media companies won’t make more mistakes. The next “pivot to video” that carries a lot of risk but a lot of reward is video production.

“Companies are pivoting to TV production. In my opinion that’s not the answer either,” Nardini said.

Instead, companies need to be able to create content at a low cost, with high engagement and quality distribution.

“There is going to be a new crop of players like us that accelerate because they understand how to connect content, commerce and conversation,” Nardini said. “Companies that do that are going to be in a good spot.”