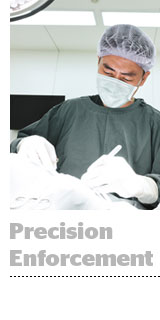 Google wants to clean up where it places ads, but it also doesn’t want to hurt its publishers’ revenue.

AdSense publishers will receive emails when content violates Google policies, and can log into a “policy center” interface that shows them why they received a violation and how to bring ads back to that page. Publishers using AdX will receive emails and communicate with account representatives about the changes.

“We want to be as surgical and narrow as possible when we take policy action against violations,” said Scott Spencer, director of product management for sustainable ads at Google.

Google said it has been working for months to make policy violations more transparent to publishers.

But Google accelerated the ability to take page-level action in the wake of advertisers pulling spend from YouTube and the Google Display Network over concerns about brand safety.

When Google removed entire sites for policy violations, it would wait until the site had racked up several violations before taking action. Flagging individual pages has less of a downside for publishers than banning their entire site, so Google can pause ads as violations crop up.

Similar controls already exist on YouTube. Last September, YouTube started notifying creators about which of their videos were ineligible for monetization. As YouTube increased its transparency about how it classified content, creators learned about the imperfections in Google’s screening algorithms.

Publishers monetizing through AdSense will have a better sense about which of their pages are completely blocked, but they won’t receive notifications about content that may be brand-safe for some advertisers but not others.

“This is about understanding how your content is being reviewed by our systems, not trying to forecast how much buyer demand may exist based on how it’s been classified,” Spencer said.

Google said it hadn’t quantified how many pages would be removed under this policy change (though it has quantified the impact of bad ads before). But the market this change addresses is large: More than 2 million AdSense publishers made $11 billion from ads supplied by Google last year.

“We want to enable an open web,” Spencer said. “These policies are critical to ensuring the open web can survive and thrive and ensure that publishers can continue to make money from our ads platform.”