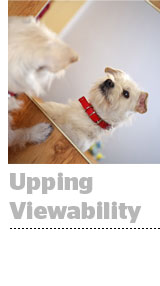 Because 30-50% of direct campaigns on Business Insider transact on a viewable CPM, getting those campaigns to deliver the contracted amount without wasting inventory helps the publisher’s bottom line.

Making sure campaigns deliver within those stringent requirements – including 100% viewability – is one of the jobs of Marc Boswell, SVP of revenue operations and client services at Business Insider.

Publishers like Business Insider have already taken steps to improve viewability, like site redesigns and lazy-loading ads – where ads render only when the user scrolls down.

Business Insider is also looking beyond its own site to improve viewability. It’s ensuring its advertiser partners aren’t making their ads less viewable, and leaning on viewability partners to automate more tasks around campaign optimization.

Here are four ways Business Insider is giving more of its ads the opportunity to be seen.

Enforce IAB ad size maximums. Business Insider won’t let clients run ads that are too big and slow as part of a viewability campaign. The publisher will instead send a screenshot with ad details from Media Trust to start the conversation about how to proceed.

The advertiser can shrink the ad creative and still run the campaign on a viewable CPM, or run the creative as is without a viewability requirement.

Business Insider hadn’t originally looked at ad size as a factor that could affect viewability. “But we saw that static GIFs on house campaigns had higher viewability than our more notorious, really big campaigns running a whole bunch of third parties,” Boswell said.

Lean on viewability partner to optimize campaign delivery. When Business Insider sets up campaigns with viewability requirements, it usually manually selects placements that should deliver the requested viewability level.

Business Insider’s viewability partner, Integral Ad Science, is trying to make that process easier by feeding its data into the publisher’s ad server, allowing the publisher to “find pockets of inventory that achieve a certain threshold of viewability,” Boswell said.

The tool can reduce ad overdelivery by 40% to 100%, Integral Ad Science said.

Business Insider has been employing Integral Ad Science’s publisher optimization tool for many of its viewability campaigns, especially ones requesting 70% or 80% viewability. The automation process remains tricky when clients request 100% viewability – there simply aren’t any 100% viewable ad units toward which to optimize.

Resolve tracking discrepancies. When the publisher’s and advertiser’s numbers don’t match, even when they’re using the same vendor, it’s usually a timing issue. The advertiser fires its viewability tag toward the end of the ad load, while the publisher measures viewability earlier.

“We’ve asked [clients] to move [the tracker] up in the order of operations,” Boswell said. “They will either do that, or go off our numbers.” Most advertisers are willing to work with publishers when they know their configuration is affecting viewability.

Dig even deeper to improve site viewability. While most publishers rely on lazy-loading and persistent ads to improve viewability and engagement, Business Insider landed on another technique it’s now deploying more widely.

Business Insider removed ads next to slideshow content, instead inserting ads in every few slides. Putting ads in content worked so well it’s expanding the process elsewhere, finding ways to put ads in the feed.

“We are now inserting ads dynamically in longer article pages,” Boswell said. “We found that when an ad is surrounded by content, it’s more viewable with higher engagement.”