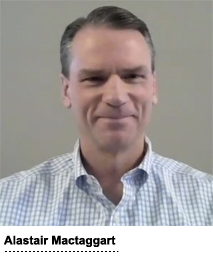 It’s a toss-up what’ll happen about a national privacy law, even under a Biden administration. Depending on the result of the upcoming Georgia Senate runoffs, Congress could be headed for at least two more years of gridlock.

Mactaggart is the real estate developer turned privacy advocate who helped shepherd CCPA onto the books in 2018 and then CPRA/Prop 24 through a successful ballot run during the November election.

Now that the CPRA has passed, there are two likely outcomes in terms of what might play out on the national stage. Either Congress gets something done (“But I’m not holding my breath,” Mactaggart said), or the more likely scenario is that other states take California’s lead and pass privacy laws of their own.

Enough state-based legislation could lead to a groundswell that tips into federal privacy action.

And then the question of preemption crops up. Republicans in favor of a federal privacy law have said that it should preempt state privacy laws. Democrats disagree vocally.

Twenty-one percent of the House Democratic Caucus is from California, including the speaker, four committee chairs and 22 subcommittee chairs, not to mention Vice President–elect Kamala Harris.

They’ll be acutely aware that their constituents care about privacy and recently voted to protect it.

Although CPRA didn’t pass by a landslide – it garnered 56.1% of the vote – the victory margin was nearly 2 million votes (8.7 million to 6.8 million) which isn’t too shabby compared to the far more narrow margins seen in multiple swing states for the presidential election, Mactaggart pointed out.

And if nearly 9 million people in your state vote for something, you’re going to keep it top of mind when that issue is debated nationally, he said.

At the very least though, because the CPRA was passed as a ballot initiative, there’s now a framework and baseline in place in California that can’t be easily changed. CPRA and CCPA are here to stay.

“It’s very hard to amend this law in a way that hurts consumer privacy,” Mactaggart said.