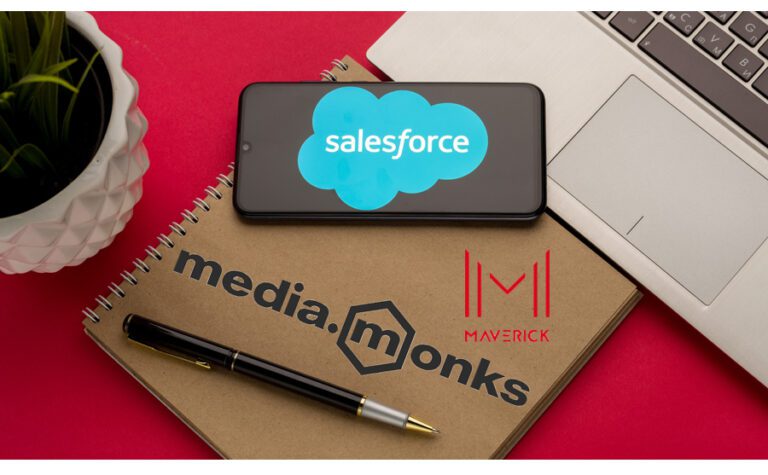 On Wednesday, Media.Monks merged with Maverick Digital, a 50-person Salesforce consulting and implementation firm with a presence in North America and India. The deal price was not disclosed.

(Just a few weeks after the Destined acquisition, S4 merged MightyHive, the Google-centric programmatic agency it acquired in 2019, with MediaMonks, the digital production agency it bought the year before, to form a single brand called Media.Monks. Notice the … period in the middle.)

One of the biggest challenges facing enterprise clients when it comes to Salesforce platform integration and execution is bringing the whole shebang together as part of a single strategy, from data and programmatic down to the customer experience, said Belal El-Harazin, CEO and founder of Maverick.

“You can do CRM or email or use a CDP really well, but if you have a disjointed customer experience, none of it really matters,” he said. “A lot of companies are struggling with that because they’ve got silos in their organizations.”

Maverick focuses on three main aspects of Salesforce: help clients get the most out of the Salesforce Marketing Cloud, implement Salesforce’s legacy service and sales clouds, then integrate their efforts across all of the different clouds using MuleSoft, the middleware platform Salesforce acquired in 2018.

Over the past six months, Media.Monks has seen a significant increase in demand from clients for Salesforce services, which has a lot to do with the shift toward more privacy-centric marketing, said Ashley Musumeci, director of go-to-market for the Salesforce practice at Media.Monks.

“Our customers are starting to realize that Salesforce isn’t just technology your salespeople use to track leads anymore, and that integrating their CRM strategy with their broader marketing campaigns is going to be critical going forward,” she said.

The Maverick merger is part of a broader strategy at Media.Monks to develop closer relationships with each of the Big Tech platforms and build dedicated practices around them.

The previous merger with MightyHive, for example, helped Media.Monks go deeper on Google. The acquisitions of US performance agency Metric Theory in January and Brazilian digital performance agency Raccoon Group in May bolstered its expertise on Facebook (ahem, Meta). A merger with Shanghai-based creative agency Tomorrow in January gives S4 a purview into China, while coming together with ecommerce agency Orca Pacific in July of last year reinforced S4’s existing Amazon relationship.

Sticking with services also gives Media.Monks “the luxury of being agnostic,” said Chris Martin, formerly the COO (and co-founder) of MightyHive, and now co-founder of the newly formed Media.Monks unit.

“We don’t make money on media or data and so we’re not out to buy media or data from our partners,” Martin told AdExchanger. “We want to work together with them to implement their technology.”

But although they may not be out to buy media or data, S4 Capital and Media.Monks are most definitely out to buy companies – and lots of them. S4 has merged with around 30 companies since 2018 and plans to keep going.

Buying up more Salesforce expertise, in particular, and expanding the practice globally will be top priorities, Martin said.

“We’re always looking to organically and inorganically grow our Salesforce capabilities for larger enterprise clients and large mid-market businesses,” he said. “The fragmentation is only going to continue and we need a strong services base that knows how to implement technology and stitch it all together.”