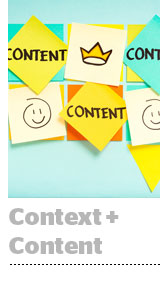 The amount of online media with audience data attached is shrinking, thanks to Apple, which now blocks third-party cookies in Safari, and GDPR, which requires user consent to show personalized ads.

But when advertising cookies are missing, marketers have limited, costly alternatives. Some demand-side platforms (DSPs) don’t offer any contextual buying. Or buyers must pay for an add-on provider like Grapeshot, which focuses more on brand safety.

Media.net decided to make the contextual targeting it built for Yahoo search customers available to all buyers and sellers – mostly at no added cost – as both sides need data-driven alternatives to audience buying.

“As privacy concerns keep increasing, the marketplace will have to rely on more contextual data, which allows for precise, granular targeting,” said Media.net SVP Doug Lauretano.

Buyers can access Media.net’s contextual data in two main ways. First, whenever they buy publisher inventory through the exchange, it will pass fields like “food, healthy cooking” in the bid request using IAB’s content taxonomy standard. Once a DSP updates to the OpenRTB 3.0 standard, it can use the context in bid requests to make buying decisions.

But Media.net possesses far more granular contextual data – such as if an article discusses a packaged food, a recipe or even brand sentiment. Publishers can use this data to create a private marketplace or guaranteed buy for marketers to access, allowing them to more closely align their brands with relevant content. Media.net plans to charge for this kind of context use.

Plus, publishers can pass this contextual data into their own Google Analytics, allowing them to analyze their content through a new, contextual lens. WebMD and Forbes are part of Media.net’s current closed beta test.

“Search engines and social networks care about audiences because they don’t own content,” Lauretano said. “The way for publishers to differentiate themselves is through their content and reminding marketers that used to care about context, not just eyeballs.”

Lauretano’s been trying to get the exchange to offer its contextual targeting more broadly for years. The growing amount of cookieless inventory convinced the exchange to make the jump. Media.net determines context by examining the URL in the bid request, so it doesn’t need to use a third-party cookie.

The addition of contextual data also differentiates the Media.net exchange as more of its peers face the threat of “being SPO’ed,” or having buyers use supply-path optimization to turn off exchanges that don’t add value. If Media.net offers contextual data other exchanges don’t, buyers have a reason to keep using the exchange.

Media.net wants to prove that its contextual data improves performance for advertisers, just as audience buying does.