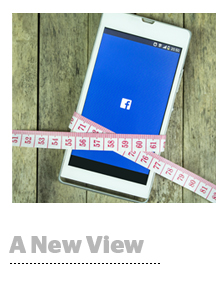 Facebook’s stock took an unprecedented beating last week after the company raised concerns about its future growth – but the show must go on, and it’s gotta be measured.

On Tuesday, Facebook said it’s making a bunch of modifications to the way it measures video in the news feed, with the goal of giving advertisers a better sense of how users engage with video on the platform.

The changes, which were mostly based on advertiser feedback, will roll out in Ads Manager and through the Facebook Ads API within the next few weeks.

On Facebook, as opposed to YouTube, for example, it’s possible for users to pause, rewind and rewatch video ads, including pre-roll and mid-roll. If one person watched the same video ad multiple times, it used to get included in the overall watch time count, which advertisers felt didn’t give a true measure of consumption. Starting soon, rewinds will no longer be counted.

Next, Facebook is introducing a metric that separates video plays from ad impressions.

Videos that are supposed to play automatically in the news feed often don’t for a number of legitimate reasons: a weak Wi-Fi signal, a low battery, or because not enough pixels are in view to trigger the play.

Until now, autoplay videos that never play could, in some cases, be counted as impressions. Offering a metric that distinguishes between video impressions and video plays is a concession to advertisers.

Facebook has long contended that even a small number of pixels in view can still drive some advertiser benefit if the view is tied to outcomes. In other words, an impression can be as valuable as a play, depending on the KPI. So, a video thumbnail could in theory generate as much value as a play.

But not all advertisers subscribe to that idea, and most want the option to measure the difference between an impression and an actual video play.

They also want to apply third-party verification to their media buys, especially in light of previous measurement mishaps on Facebook. In 2016, Facebook took heat for exaggerating the average view time of its video ads and later agreed to a third-party audit by the Media Rating Council, which is still ongoing.

Integral Ad Science and DoubleVerify are already in place to measure video plays, with a solution from Moat coming soon.

Last up, in addition to the tweaks and additions to its measurement regime, Facebook is also retiring two video metrics that have outlasted their usefulness.

The first to hit dust heap of measurement history is a metric called 30-second video view, which calculates the number of times a video is watched, either for a total of at least 30 seconds or the majority of the video’s total length, whichever happens first. The second is video percentage watched, which is fairly self explanatory. Click here for info on which metrics can be used as replacements.