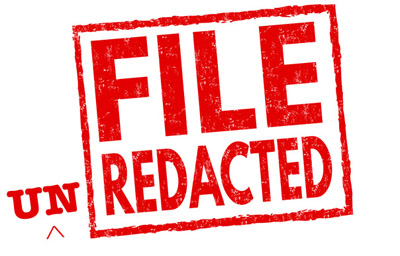 On Friday, a New York judge unsealed most of the Texas-led antitrust lawsuit against Google – and the devil is in the unredacted details.

According to the judge, P. Kevin Castel, Google’s argument that the filing needed to be redacted for privacy reasons didn't hold water.

The multistate suit alleges anticompetitive ad tech policies and collusion with Facebook to rig the digital ad market, among many other accusations. The suit was originally filed in December of last year. An amended and heavily redacted version of the suit was filed over the summer.

But the version made public on Friday is nearly redaction-free. You can read it in full, but here are a few of the juiciest highlights.

The redacted suit already shed light on Google’s purported plan to cripple header bidding by giving its own exchange an advantage, even in cases when another exchange had submitted a higher bid.

The unredacted version demonstrates how deeply worried Google was about the rise of header bidding.

What’s beneath those black squares? Motive. Google, the suit claims, feared header bidding because it endangered Google’s ability to demand its quite substantial 19% to 22% cut on all advertising transactions.

The full text reads: “Google viewed header bidding’s promotion of genuine competition as a major threat. In Google’s words, it was an existential threat.”

In Google’s now unredacted words, according to the suit, “the Jedi program generates suboptimal yields for publishers and serious risks of negative media coverage if exposed externally.”

But, the complaint argues, Google’s dominance of the online ecosystem generates rather optimal yields for itself – as in 22% to 42% of the ad spend that flows through its system.

Indeed, since the signing of the agreement, Google and Facebook have been working closely in an ongoing manner to help Facebook recognize users in auctions.

For example, Google and Facebook have integrated their software development kits (SDKs) so that Google can pass Facebook data for user ID cookie matching. They also coordinated with each other to harm publishers through the adoption of Unified Pricing rules ...

The companies also have been working together to improve Facebook’s ability to recognize users using browsers with blocked cookies, on Apple devices, and on Apple’s Safari browser, thereby circumventing one Big Tech company’s efforts to compete by offering users better privacy.

For instance, according to an April 2, 2019 discussion between Facebook employees, Facebook was having trouble matching users on Apple’s Safari browser. Google shared that Facebook’s match rates were about the same that Google saw for other auction participants. Facebook employees noted, however, that Google was ready to “initiate a detailed discussion with Product and Legal to allow FB to collect signals on the client (using a javascript) and G passing it to the bid request.”

But while Google allegedly helped Facebook win, the same was not true for its relationship with publishers, the suit claims.

First, there was Project Bernanke – Google’s program to use information from publisher ad servers to strengthen its own ad-buying technologies. And then there was Project NERA, which is the secret (and newly unredacted) name for Google’s effort to “create a ‘walled garden’ – a closed ecosystem – out of the otherwise open internet.”

The aim of both Project NERA and Privacy Sandbox, according to the suit, is to “limit publishers’ ability to identify and track users, and to position itself as the arbiter of identification and targeting on the open web.”

To achieve this, the suit alleges that Google strong-armed publishers into giving it exclusive access over their inventory by setting them up for a “lose/lose scenario.”

For example, Google introduced the ability for users to log into the Chrome browser and then began automatically logging people who did so into other Google services, such as Gmail or YouTube.

According to the lawsuit, “Google got these users to give the Chrome browser permission to track them across the open web and on independent publishers’ sites … These users also had to give Google permission to use this new Chrome tracking data to sell Google’s own ad space, permitting Google to use Chrome to circumvent reliance on cookie-tracking technology.”

The result of these efforts, the suit says, is that publishers no longer had the exclusive use of their own audience data. This had the effect of depreciating the value of their own ad space while benefiting ad sales on Google’s own properties, like YouTube.

Having used Chrome to track a publisher’s users, the suit continues, Google would offer to give that publisher the ability to “tap into Google’s now-deeper drove of user data” in exchange for exclusive control over its ad space.

If publishers balked at the new exclusivity terms, the suit says, “Google would continue to use Chrome to collect data about their users to sell more Google ads at the expense of the publishers’ ad space.”

In a similar vein, the suit also accuses Google of purposely slowing down the load time of non-AMP ads "by giving them artificial one-second delays" so that Google AMP would get a "nice comparative boost."

Throttling non-AMP ads would slow down header bidding, which Google could then use as evidence to denigrate header bidding for being too slow.

While Google loudly and often lauded AMP as a technology to help speed up page loads, the suit claims that "internally, Google employees grappled with how to [publicly] justify [Google] making something slower."

And then there’s Google’s alleged collusion with numerous other Big Tech platforms on the privacy front.

Google is accused of having secretly met with competitors, including Facebook, Apple and Microsoft, to discuss how it could forestall and stymie consumer privacy efforts.

In a July 2019 document prepared in advance of the meeting, cited in the lawsuit, Google allegedly said that it’s already “been successful in slowing down and delaying the [ePrivacy Regulation] and have been working behind the scenes hand in hand with other companies.”

That same memo noted that Google was hoping to use the meeting with its competitors to “find areas of alignment and narrow gaps in our positions and priorities on child privacy and safety.”

According to the suit, Google was especially concerned that Microsoft was taking child privacy more seriously than Google and “sought to rein in Microsoft.”

The now-unsealed suit also reveals a lot of new details about Google’s fees, which are high, and its market share, which is vast:

Or, in full: “Although Google executives considered ‘creating a completely neutral platform like the NYSE,’ they ultimately chose instead to stack the deck in their favor by owning the exchange and giving preferred access to Google’s buy-side middlemen.”

Google, unsurprisingly, disagrees with the characterization of its advertising business practices. A Google spokesperson claims the suit "is riddled with inaccuracies."

“Just because Attorney General Paxton asserts something doesn’t make it true," the spokesperson said. "In reality, our advertising technologies help websites and apps fund their content and enable small businesses to reach customers around the world. There is vigorous competition in online advertising, which has reduced ad tech fees, and expanded options for publishers and advertisers. We will strongly defend ourselves from his baseless claims in court.”

Google also took especial issue with what it calls the "misleading" way in which the suit talks about Google's fees.

Updated on Wed., 10/27 to include statements from Google.