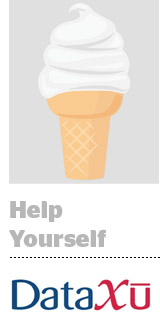 Demand-side platforms are getting snapped up left and right. But DataXu, one of the remaining indies, is planning to stay that way.

And it’s hitching its wagon to the in-housing trend.

“There’s a lot of interest in having greater transparency and control over programmatic technology,” said Mike Baker, CEO and co-founder of DataXu, which released a new, more simplified user interface to improve customer workflow on Wednesday.

Streamlining the UI has been an imperative for the company. DataXu got high marks in Forrester’s 2015 DSP Wave for its optimization and machine learning capabilities, but the report criticized the platform for being difficult to use.

“And that came at a time when the self-serve business model was really taking off,” said Aaron Kechley, DataXu’s SVP of product and marketing.

As more brands and agencies start to roll up their sleeves and place their hands on keyboards – Baker said the majority of DataXu’s clients use the platform to manage their own media – usability becomes increasingly important.

DataXu’s been somewhat quiet over the last year or so, but that doesn’t mean the DSP hasn’t been participating in bake-offs and drumming up business. The company claims to have been profitable for the last 18 months.

“Anyone managing media anywhere can potentially be a self-serve customer,” Baker said, pointing to growing momentum with smaller agencies just starting to get their feet wet with programmatic.

“We see brands experimenting with a number of different programmatic models, and that’s related to usability,” Baker said.

Not all brands are going to bring their media buying in-house by acquiring an agency of their own, but it’s still a “sign of the times,” Baker said. Agency self-serve is the fastest-growing segment of DataXu’s business.

DataXu comes up against The Trade Desk, of course, as a meaningful competitor for agency dollars, as well as MediaMath, TubeMogul and Turn. But it’s Google’s DoubleClick Bid Manager that seems to have the largest market share.

“We estimate that they’re at least three times bigger than The Trade Desk,” Baker said.

Although the short list of independent DSPs is getting ever shorter, with Singaporean telco Singtel’s acquisition of Turn in February as the most recent example, DataXu isn’t looking for a suitor, at least not for now.

“We’re blessed to have patient money behind us,” Baker said.

DataXu has raised $68.5 million since it was founded in 2009, mostly recently a $10 million venture round led by UK-based telecom company Sky in January of last year.

For the foreseeable, DataXu plans to stay head down on product development, especially related to its cross-device tool, OneView, and to focus on what Kechley referred to as “full data activation.”

It’s an effort that also extends to television. In early February, DataXu expanded an existing partnership with Acxiom to license the latter’s third-party data for advanced TV targeting and analytics.