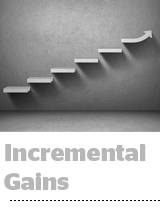 Terms of the deal were not disclosed. And Pereira is one of only “a few key individuals” from Conversion Logic who will go to the video advertising and analytics company, said VideoAmp co-founder and CEO Ross McCray.

The deal started in Q4 last year, he said. Conversion Logic was headed for bankruptcy, but VideoAmp diverted that process with its takeover offer.

VideoAmp has measurement products, but with Conversion Logic’s tech it adds a more robust MTA capability, which McCray said will enable the company to report incrementality – the value of each media channel in driving campaign ROI.

VideoAmp also has strong sell-side roots, where attribution tech can find new use cases, he said. “Media owners increasingly need MTA technology to demonstrate the value of their optimization.”

Advertisers that run last-touch attribution – or even more sophisticated measurement – struggle to rationalize their results with the purported ROI of their ad campaigns, McCray said. Platforms like Google, Facebook, Snap, Xandr and any number of TV or OTT companies may be part of a large video campaign. Each platform has its own attribution and conversion tracking, but the total number of conversions claimed by tech and media companies may be four or five times higher than the actual number of sales that the brand sees in its CRM during that period.

“So many people are claiming credit,” McCray said. As brands sharpen their measurement practices and remove media channels that report conversions but don’t have strong incremental value – which means that when they’re removed from the media plan, the overall results don’t change much – publishers are pressured to demonstrate their own value.

For instance, a brand may run a campaign trying to create an average frequency of 10 impressions per audience target. Publishers could hit that mark by underserving some audiences and saturating others with 20 or more ad views. McCray said that when Conversion Logic is integrated with VideoAmp one of the features it can improve is that reach and frequency metric. So it would show which media companies are hitting the nail on the head – 10 ads served to each viewer – instead of optimizing toward an overall average.

That’s the kind of attribution publishers are trying demonstrate, to differentiate themselves within a media plan, McCray said, particularly for TV and OTT, where platforms struggle to frequency cap campaigns.

“Publishers want to rationalize those claimed conversions as well as brands,” McCray said. “That’d why I think the MTA tech has more value as part of our platform than as a solution just for advertisers.”