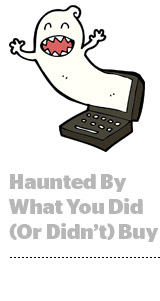 When a retargeted ad follows you around the internet even after you bought the advertised item, who failed?

For publishers, it doesn’t matter.

“Who failed? Honestly, I don’t care – I can probably get a $20 CPM for that retargeting campaign,” said Nicholas Hermansader, VP of ad operations at The Meet Group, a public company that operates a suite of social networking, chat and dating apps, including Skout, Tagged, hi5 and its flagship app, MeetMe.

“I get pretty happy when I see something from an abandoned shopping cart on Amazon,” said Hermansader, speaking at a New York City event hosted by mobile SSP Mobfox on Tuesday night.

But that payday is a function of fragmentation and technology that doesn’t communicate.

Most advertisers continue to rely on cookies as a way to understand more about their users, despite the fact that cookies are “not moving at the speed we’re all consuming content,” said Glen Nigel Straub, director of business development at location data platform Factual.

A consumer is retargeted with irrelevant ads, or at least ads that are no longer relevant, because the cookie hasn’t caught up to the fact that the person already bought the product, whatever it is.

Or perhaps the cookie didn’t understand the user’s intent from the start, Straub said. Maybe the consumer was simply embarking on a research process that won’t end in a sale.

But it’s more than that, said Gil Rachlin, VP of products and R&D at Sizmek. Cookies aren’t robust enough to track users across devices, but neither are device IDs. That’s why device graphs and connected ID graphs are cropping up all over the place.

“Right now, there’s one vendor for geo, another for the device graph, another for creative, and every SSP and DSP has their own ID,” Rachlin said. “You try to do a cookie sync or an ID sync and, I’m sorry, but you probably only get a 60% match, so you end up targeting the wrong things 40% of the time.”

That’s where a player like DigiTrust has a role to play, he said. DigiTrust is a nonprofit co-op of platforms and publishers that are working together to create a single ID for demand-side platforms, supply-side tech, data exchanges and data management platforms.

“The more combined the technology becomes, the more tech platforms talk to each other,” Rachlin said. “You can understand not to target a person [if you can see the entire purchase funnel], but we have such a fragmented industry that one ID doesn’t talk to the others.”