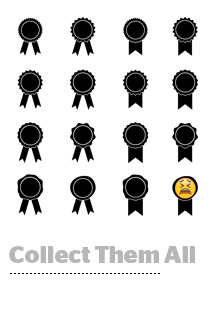 How many seals, accreditations, badges, consortiums, committees and standards can one industry support before it collapses under the weight of its own good intentions?

The ad industry seems hell-bent on finding out.

“There may be too many badges and seals out there,” Mike Zaneis observed on a panel during Advertising Week in New York City. Zaneis is president and CEO of the Trustworthy Accountability Group, an industry anti-fraud watchdog that purveys a number of badges and seals of its own.

Part of the reason ad land is so awash in standards and stamps of approval is because transparency, or the lack thereof, remains a perennial problem. Trust, transparency and data quality were all over the Advertising Week agenda this year – as they were last year and the year before that.

With trust and transparency in short supply, the industry responds with initiatives: the Coalition for Better Ads, TAG, the Advertising ID Consortium, Ads.txt, Ads.cert, the Media Rating Council and its accreditation logos, the IAB’s LEAN ads program and so on.

The newest addition is a data transparency label introduced Monday by an alphabet soup of ad trade orgs (the ANA-owned DMA, the IAB Tech Lab, CIMM and the ARF). Modeled on a nutritional label, the idea is to create a standardized way to present information about the data within audience segments, like where it was sourced, how it’s comprised and when it was last refreshed.

Fifteen companies collaborated to come up with a proof of concept for the label, including Neustar, LiveRamp, Experian, 1-800-FLOWERS and Zenith-owned digital agency Moxie. The initiative is currently in beta, and a public comment period will run for the next six months.

But these sorts of initiatives need more than the ad hoc support of diehards.

“We are just a few of us trying to do this,” said Tracy YoungLincoln, EVP of intelligence, data and technology at Moxie. “The marketplace really needs to come together and help us … that is how to make this a really useful tool.”

Collaboration will also help keep the industry sane as it tries to clean up.

Seals and badges need to be consolidated where possible and be globally applicable, Zaneis said. In January, TAG partnered with its counterpart in the United Kingdom, the Joint Industry Committee for Web Standards, to align their anti-fraud, anti-piracy and anti-malware programs so that advertisers don’t need to get different certification seals for implementing the same standards.

Even so, the industry does need more than one independent body. Trust, transparency, quality and brand safety are such broad subjects, it doesn’t make sense for a single entity to be the arbiter of everything.

“The key is being mindful we don’t just keep creating programs, verifications and standards for the sake of creating standards,” Zaneis said.