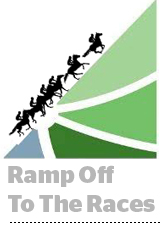 LiveRamp posted its first profitable quarter back in August, and the data company’s upward trajectory continued through its fiscal Q2 2021, the company reported Monday.

For a second quarter in a row, LiveRamp was profitable with revenue increasing 16% YoY to $105 million. That’s more than the 11% growth LiveRamp predicted during its Q1. Read the release.

CEO Scott Howe told AdExchanger that LiveRamp is also on the “winning side of the ledger in terms of clients,” bringing on 15 new, household names. And he said the company’s average contract value for brand clients increased 50% compared to the year before, due to more sophisticated use cases of its offering.

“We saw very early on in the pandemic, we were the last thing to get shut off and the first thing to get turned back on,” Howe said. And with the economy creeping back and the advertising ecosystem transforming due to privacy concerns, changes to traditional online identifiers and an influx of CTV viewership, advertisers and publishers provide an opportunity for LiveRamp’s newer SaaS-based solutions.

LiveRamp’s “marketplace and other” revenue – which includes its legacy data sales and onboarding business – increased 4% YoY to $19 million. The areas that were once LiveRamp’s focus represent a shrinking percentage of its business and, during the earnings call, Howe alluded to layering these marketplace offerings to drive further value of its SaaS products.

Still, LiveRamp sees its marketplace as a pivotal growth area. Over the past 12 months ending in Q2, it grew 30% YoY to $78 million.

Back to the SaaS-based growth areas: ATS is the cookieless identity resolution solution LiveRamp unveiled mid-2019 that matches email addresses to a LiveRamp ID. Last quarter, investors wondered if ATS would compete against The Trade Desk’s Unified ID, but CEO Jeff Green has since emphasized the two solutions are not competitive, and the companies formed a partnership in October to make Unified ID accessible through ATS.

Howe said on the call that ATS has reached “critical global mass” and that it works better than the cookie solutions it’s replacing, enabling addressable advertising and driving more money for publishers. Howe cited, for instance, 375% lift in monetization of consumers using Apple’s Safari browser. “For Safari and Firefox, it’s like opening up the cash register,” he told AdExchanger.

ATS also represents a cross-sell opportunity for Safe Haven, a second-party data marketplace where brands can work with each other’s data assets across international markets. ATS enables the connection across all those markets.

“What makes Safe Haven unique relative to the market is we bring together an incredible understanding of privacy,” LiveRamp CFO Warren Jenson told AdExchanger. He added it also has a “consumer-friendly” permission layer and, as a tech platform, it can be scaled.

Finally, LiveRamp continues to increase revenue from its TV products that enable addressable TV buying and measurement. Revenue in this sector was up more than 70%. But LiveRamp isn’t trying to become the official TV buying currency a la Nielsen.

“What we’re trying to do with our CTV offering isn’t to create a new currency but to create technology that others in the industry can build on,” Howe told AdExchanger.