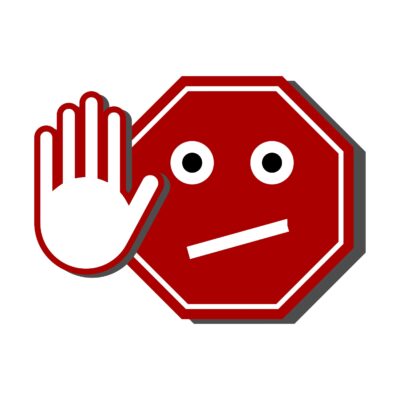 Ad blockers are still a thing, even if you haven’t heard much about them in the past few years. And they still see widespread use among ad-weary audiences; about 42.7% of people worldwide had an ad blocker installed as of Q3 2020, according to Statista.

But while some publishers may write off ad-blocker users as a lost cause, some like AccuWeather are finding success monetizing this part of their audience through bypass solutions.

For AccuWeather, the need to monetize the ad-blocking portion of its audience came to a head during the beginning of the pandemic in 2020, said VP of Digital Ad Revenue and Technology Steve Mummey.

Many digital publishers saw a spike in traffic during the pandemic since people spent more time online and at home. But AccuWeather had a different dynamic play out. Because people did spend more time at home and weren’t traveling or commuting, they didn’t need regular weather updates.

“We did not see the Netflix, YouTube or Hulu jump,” Mummey said. “It wasn’t a really big impact [to user traffic], but it was definitely noticeable that, when you’re in quarantine, and you’re not going to work or taking your kids to school, there’s less of a need for weather data.”

AccuWeather felt pressure to monetize as much of its existing traffic as it could, Mummey said. That meant it could no longer write off ad revenue lost to ad blockers.

To serve ads to its ad-blocking users, AccuWeather entered into a partnership during the early months of the pandemic with Blockthrough, a company that enables “ad blocker revenue recovery” by serving ads and formats that the ad blocker will allow to be served through Acceptable Ads, an ad blocker monetization program.

How does it work? Some ad blockers, such as Adblock Plus, allow users to opt in to allowing ads that adhere to the Acceptable Ads Standard. The standard was created by Adblock Plus in 2011, but since 2017 it has been overseen by an independent committee of which Adblock is a member. (Blockthrough is also a member of the Acceptable Ads Committee.)

“Our technology helps publishers adhere to the Acceptable Ads Standard, which is a lighter standard of advertising,” said Blockthrough Co-Founder and CEO Marty Krátký-Katz, who also serves as the board representative for the Acceptable Ads Committee’s ad tech company coalition.

The standard focuses on three key criteria for designating an “acceptable ad”: placement, distinction and size. In terms of distinction, the ads must be clearly labeled as ads. The sizing criteria vary by placement and platform (mobile or desktop). Animated ads, expanding ads, video ads, auto-play audio ads, interstitial page ads, overlays and pop-ups are just a few of the ad formats that are not permitted under the standard.

This approach differs from publisher tech solutions that, say, force site visitors to disable their ad blocker or whitelist the publisher’s site in their settings in order to continue reading.

About 80% of Adblock Plus users are opted in to see ads through the Acceptable Ads Standard, Krátký-Katz said. Most if not all ad blockers that participate in the Acceptable Ads program are opted in to accepting those ads by default. Ad blockers in the program include apps that are owned or co-owned by eyeo, the Adblock Plus parent company, as well as some browsers with built-in ad-blocking functionality like Opera.

Most publishers or ad networks integrate with the Acceptable Ads Standard for free, but those that receive at least 10 million yearly ad impressions from opted-in users pay the committee a 30% licensing fee on the revenue.

Since the pandemic started in 2020, Blockthrough has helped publishers reclaim $70 million in ad revenue by serving acceptable ads to ad-block users, according to the company. The company claims to have between 200 and 300 media partners, but that includes publishers like AccuWeather and SSPs or ad networks that may represent hundreds or even thousands of publishers in their own right.

AccuWeather declined to cite specific revenue numbers, but it did see a meaningful impact to its advertising revenue as a result of its partnership with Blockthrough, even with the downturn in traffic during the pandemic, Mummey said.

“It’s certainly not a majority of our ad revenue,” Mummey said. “But because of its consistency, it was a piece we could rely on when trying to forecast the rest of the year amid the uncertainty of the pandemic.”

SSPs like Freestar have likewise worked with their publisher partners on integrating Blockthrough’s solution into their ad tech stack.

“It delivers incremental ad revenue to our publishers that they would not be able to get unless Blockthrough was enabled on their sites,” said Freestar SVP of Revenue Operations Matt Burgess.

This article was updated to reflect that not all ad-blocking solutions that use the Acceptable Ads Standard are owned or co-owned by eyeo.