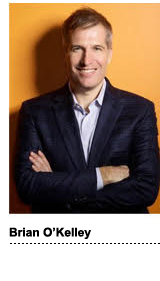 In May, during a hearing of the Senate Judiciary Committee about the impact of data privacy and competition policy on the digital ad ecosystem, former AppNexus CEO Brian O’Kelley told lawmakers that Google and Facebook deserve to be broken up.

“Let’s apply some common sense to the regulatory process just by acknowledging that consumers pay for ad-supported content with their data and their attention,” O’Kelley said during his testimony.

But as much dominance as Google has over the advertising market, it’s search where Google has the true advantage.

“Ad tech isn’t really where the Google monopoly matters,” O’Kelley said. “The government is focusing on search – everything runs through search – which is why, if I were Google, I would throw away some of the ad tech business as a kind of sacrifice to the antitrust gods to show the government what a good actor I’m being.”

AdExchanger caught up with O’Kelley for more on this topic.

AdExchanger: Based on your own personal experience, why do you think Google should be broken up?

BRIAN O’KELLEY: I do think Google is monopolistic, but I don’t really care if Google is broken up. I care much more about Google not doing anticompetitive things. Breaking up Google is an extreme thing to do. You could get that same outcome by having Google change its business practices – but, of course, you’d also have to be confident that Google would actually try and be a good actor.

The two most obvious examples to me of Google as a monopolist is when they used YouTube as a way to force buyers onto DBM in 2015, and the search monopoly they’ve had over the years. Both are blatant.

Europe has dropped multibillion-dollar fines on Google and the DOJ just launched its own antitrust investigation into Google. Who’s likely to make the next big move, the United States or Europe?

It’s hard to know. I’m worried that we’re going to end up with a few fines in Europe, which are one-time slaps on the wrist and not something that will fundamentally change Google’s behavior.

Ireland is being aggressive right now. But let’s say they tell Google to open YouTube inventory for any tech stack. They’d be doing it four years after the fact once it’s already had a massive impact on the industry.

The United States is Google’s biggest market, though, and if something happens here, that would definitely change their global business practices and have a massive ripple effect across the entire ecosystem.

One of the biggest challenges facing regulators is that there are just not that many options for ways to actually change Google’s behavior.

What could Google do?

Let’s imagine an extreme case: A combination of privacy pressure and antitrust action causes Google to decide that it doesn’t want to be in the RTB business anymore. No more exchange, no more EBDA. Google just says, “We’re done and anyone who wants can plug into the server-side stack through EBDA and buy YouTube and access all of our DoubleClick publishers” – what happens to the world?

Well, the SSP would be dead. There’d be no need for it. And buyers would have a direct privacy link from the consumer to the publisher to the DSP, and that’s a strong benefit to Google, because Google has first-party consumer relationships.

If that happens, it’s hard to make an antitrust argument, because Google becomes a completely open platform. Shifting to the buy side means that Google isn’t inconvenienced. Google wins without antitrust action, and ad tech as we know it just kind of disappears.

And think of it this way: If Google is told by a European regulator that it can’t send personal data in a bid request, that is the best day of Google’s life, because it enforces its monopoly and requires everyone to use DBM. “We can’t be a good actor in the RTB ecosystem, sorry everyone. It’s not an antitrust issue, it’s a privacy issue, so goodbye to your business.”

The government is focused on search, though, not ad tech. They’ll push for a few changes and get their pound of flesh, but they don’t want to break the internet. If you mess with Google too much, it literally breaks the internet. A lot of people use Google search because it’s a good product. Even if people have a choice, they won’t necessarily choose Bing – and why should the government help Microsoft, a trillion-dollar company, get more Bing users anyway? Is that really the result you want for your antitrust efforts?

What’s most likely, though?

The best scenario for Google is to make two or three preemptive changes to the way it operates, to “do the right thing,” and then what is the government going to do? The government can only penalize anticompetitive behavior – they can’t do anything if increasing competition ends up hurting the economy by destroying the ad tech industry. By being open, Google actually becomes more powerful.

What could those changes be that Google makes? Open YouTube to all DSPs, get rid of all the proprietary integrations into AdX and all DSPs go direct through EBDA. Take AdSense and integrate it directly into Prebid. Do all of that and Google can say that it’s completely cleaved all of the bundling across its most important assets.

But, then again, you don’t need these bundlings anymore. The 2007-2008 version of ad tech is dead. If Google actually did open up it would put everyone out of business and, ironically, remove the antitrust issue. Why Google hasn’t done this yet, I don’t know.

What are Google’s anti-competitive risks relative to Facebook, Amazon and Apple?

A lot of antitrust law is built around what happens when companies acquire assets. But look at companies like Amazon or Apple. Amazon hasn’t been all that acquisitive, and Apple has never grown through acquisition. Google hasn’t acquired much in the past 10 years either, not since Android and YouTube.

You can force Google to cleave off every acquisition it’s made, and it’ll still be dominant in search, which is the business they use to print money.

And none of this is good for ad tech. Privacy, antitrust, consolidation – it all hurts. We’ll have to wait and see what happens over the next few years when a lot of this gets cleaned out.