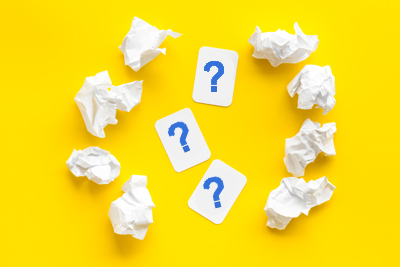 Facebook’s strategy for dealing with the changes coming in iOS 14 is to simply stop collecting the IDFA.

But there’s nothing simple about it. Facebook’s ad partners have a lot of steps they have to take to prepare themselves for Apple’s update if they still want to run app install campaigns through Facebook.

On Wednesday, Facebook shared a pair of blog posts with high-level information about how app publishers and developers will be affected by the privacy mechanisms coming in iOS 14, with particular emphasis on the threat to monetization via Audience Network.

A few hours later, Apple sent a follow-up email to its ad partners with more detail about what they can expect and recommendations on what they need to do over the next couple of weeks before iOS 14 is released. (Unless Apple decides to postpone the IDFA opt-in part of its iOS 14 rollout. The rumors are flying.)

Here’s Facebook’s advice for developers in all the granular, nerdy detail you crave. (And click here to read the full text of Facebook’s email and FAQ.)

Update to the latest version of the Facebook SDK, which includes support for reporting via SKAdNetwork, Apple’s API for install attribution. The new SDK will be available once Apple shares a more specific timeline for its iOS 14 release.

Create a dedicated iOS 14 ad account. The updated account creation experience will launch in early September and only be used for the purpose of running app install ads.

Beware of reporting restrictions imposed by SKAdNetwork. The new iOS ad account will only support Ads Manager, Facebook’s ad management tool, and no longer support Facebook’s marketing API, which includes access to a bunch of different endpoints, including the audience management API, a tool reliant on CRM, site and app data.

Developers and publishers will also only be able to set up one iOS 14 ad account per app and support just nine campaigns at any given time and one ad set per campaign (although there will be no limit on the number of actual ads).

Facebook recommends that developers review all of the ad accounts currently running install campaigns for their apps and consider consolidating budgets with one ad account for iOS 14 app install ads.

... because SKAdNetwork uses a very different reporting methodology than Facebook’s current offerings. Isolating iOS 14 allows Facebook to continue supporting existing measurement capabilities for Android, iOS 13 and other iOS versions without commingling that data with the aggregate measurement data coming in from SKAdNetwork.

Facebook says that while Apple’s SKAdNetwork officially offers 100 campaign slots per app, the complexity of the data associated with each campaign makes it impossible to store all of a campaign’s info in a single slot. Facebook also has to reserve slots for metadata to help with campaign delivery and performance. But Facebook anticipates being able to free up additional slots to support more campaigns as its delivery and ranking models adjust to the limits imposed by SKAdNetwork.

Age and demo breakdowns are gone, as is real-time reporting and attribution

No more age or demographic breakdowns, no more real-time reporting and no more support for one-, seven- or 28-day attribution windows (although maybe no one will shed tears over that last one).

Data will be reported back aggregated at the campaign level and with a randomized delay of up to three days. A/B testing and post-install events from iOS 14 devices will only be available at the campaign level, and cross-account reporting will not be possible between iOS 14 and non-iOS 14 accounts.

Mobile measurement providers (MMPs) can get SKAdNetwork data from Facebook

Facebook will share SKAdNetwork data with MMPs as long as the advertiser gives the provider permission to receive it. Advertisers that use the Facebook SDK will get whatever data is available back for mobile app install and app event optimization campaigns.

But Facebook is still figuring out how to support advertisers on iOS 14 that only plan to use the MMP’s SDK for install and non-install campaign objectives.