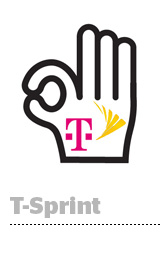 The third and fourth largest carriers in the United States will soon be one.

But there are some caveats that come with the DOJ’s approval, including requiring both companies to divest some spectrum and certain prepaid wireless assets to Dish Network, including Boost, Sprint Prepaid and Virgin.

Dish reportedly already agreed to pay around $5 billion to buy the assets, which helped clear the way for T-Mobile and Sprint to get the DOJ’s blessing in the first place.

Without these divestitures, the DOJ would have blocked the deal.

By bringing these assets on board, Dish will ostensibly be able to build a fourth US cellular network to compete with AT&T, Verizon and the newly merged T-Mobile/Sprint.

T-Mobile will also have to give Dish access to its network for at least seven years so that Dish has a chance to develop its own 5G network.

Although the largest hurdle has been removed, a court will still have to approve the deal. And while five states are backing the merger along with the DOJ, 14 other state attorneys general are suing to block it.

But assuming the deal goes through as anticipated, the newly combined companies will become the third largest telco in the United States at roughly 126 million subscribers – and with scale comes the temptation to start mulling data monetization and targeted advertising as a potential revenue stream. (See: Verizon.)

Although data-driven advertising as a business line doesn’t always work out (see: Verizon), and neither Sprint nor T-Mobile have indicated an appetite for it – Sprint actually sold its mobile ad unit, Pinsight Media, to InMobi in October of last year – never say never.

“The major telecoms all want to become a Google or a Facebook or even an Amazon,” Mitchell Reichgut, CEO of Jun Group, told AdExchanger in a previous interview. “And, on paper at least, they should be able to do it.”