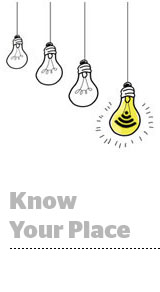 Although the industry is settling on a few practical uses for beacons, primarily as a helpmate for attribution, they’re just one marketing data point among many – a tactic.

“Beacons are only one piece of the equation, a component of a larger effort,” said Chris Cunningham, CRO of proximity and location data aggregator Unacast. “There are lots of other valuable location signals out there, including Wi-Fi, geofences, IoT and first-party apps.”

All are necessary ingredients to satisfy advertisers who are “no longer happy with click-through rate,” said Mike Blanchard, director of national mobile sales at Canadian TV and radio broadcaster Bell Media, which runs mobile campaigns for brands like Samsung, Volkswagen, and Johnson & Johnson.

“They want to align their massive digital budgets to real business objectives – to the impact their campaigns are having,” Blanchard said.

SITO, a location-based ad platform, helps Bell with the offline attribution piece. SITO builds profiles for users who click on an ad and tracks the location events associated with those devices throughout the day, including when and whether a device visits a store location.

To power its attribution solution, SITO, which sources some of its data from Unacast, needs an array of different location signals, like apps running in the background, ad requests and beacons.

But though beacons only comprise a small amount of the overall data in the mix, they punch above their weight. Including them provides an incremental lift in SITO’s ability to measure offline attribution.

“Because beacon-level data is so dense at certain points of interest, we see a lift in attribution for some locations – 2% to 3% for QSR and CPG – when we have beacon data, despite beacon data being well below 2% to 3% of our location data set,” said Jon Lowen, SITO Mobile’s chief strategy officer.

Although fragmentation in the beacon market limits what the tech can do for marketers – for instance, you need a heck of a lot of beacons to handle retargeting – attribution only requires a handful of beacons in any given physical location, Cunningham said. They’re accurate and can provide granular data for specific locations, usually retail stores.

But beacons also need to be maintained to prevent, say, an analog glitch that ends up messing with a campaign. Also, batteries run out, stores get remodeled and beacons get misplaced, removed or relocated.

Other data points can validate that a beacon is active, said Cameron Peebles, CMO of inMarket, a beacon and location data analytics provider.

“You need a data waterfall with a variety of high-quality data points,” Peebles said. “That’s what gives you an accurate and detailed insight into shopping patterns and where someone is at the ‘right’ moment.”

Marketers can also use beacons to build lookalike audiences.

Beacon tech company Gimbal, which was acquired by mobile ad platform The Mobile Majority in December, gathers first-party data from users that are in proximity of a beacon and have a app open with the Gimbal SDK enabled.

From that data, Gimbal can create a lookalike audience for its clients, which is one way to work around the beacon hardware scale issue.

“People think about beacons as being just about the hardware” said Ray Rotolo, GM of channel partnerships at Gimbal. “But it’s about what the hardware enables.”

Regardless, being tied to hardware created a built-in scale constraint for beacon tech from the beginning, setting it up to become a poster child for hype cycle victimhood. But that won’t always be the case, Cunningham said.

Companies that have invested in the tech believe they will rise by being incorporated in general infrastructure overhauls, like energy-efficient LED lighting, for example.

“We’re seeing that the proliferation of beacons can take longer than anticipated,” Cunningham said. “But while we wait, that doesn’t in any way limit using beacons and other sources of location data to solve some real business problems.”