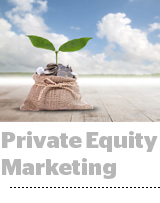 Brand Velocity Partners (BVP), a private equity firm founded in 2019, is creating a new business model as both a marketing services provider and as an owner of small brands.

BVP’s first deal was in January for Original Footwear, which makes gear for police departments and military groups. Last week, it acquired Magma Products, a grill and cookware manufacturer for boats.

The firm targets niche companies with earnings between $2 million and $30 million per year, and works to expand their customer base with consumer branding expertise, said founding partner Drew Sheinman.

“Most PE firms, by the nature of the business, come in and cut costs to create savings and flip the company,” Sheinman said. “Our model is we find the right companies, typically small or middle-market that don’t have the capacity or expertise in consumer branding and we drive value through marketing.”

Part of BVP’s pitch is that its investment also comes with a 50-person marketing agency, the New Jersey-based Source, as an “outsourced CMO” to support consumer expansion, he said. Source CEO Larry Rothstein is another BVP founding partner.

Sheinman said BVP plans to take a controlling in two more companies over the course of the year.

Although finding companies that are a good fit for BVP isn’t necessarily easy. He said that Kevin Cole, CEO of Original Footwear, had larger offers from bigger names in the PE industry, but went with BVP because he saw the opportunity with the marketing operation behind the investment.