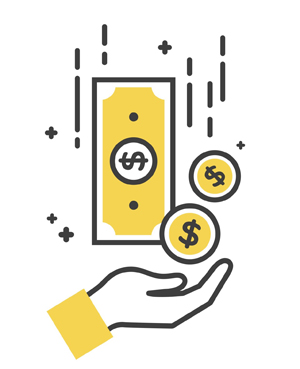 The TV industry has been waiting like a trapped princess for alternate measurement currencies to come and sweep it off its feet.

But if you get a nickel for every time you hear “alternate currency” at this year’s upfronts, you might actually end up … shortchanged for coffee.

In April, at the annual Adweek Converged TV Summit in New York City, execs from legacy TV players like Cadent and Discovery took to the stage to share their two cents.

“The influx of all these TV measurement companies driving performance is better for the [advertising] community. But how will those dollars be transacted?” said Cadent CEO Nick Troiano.

When it comes to alt currencies, he said, “I don’t think it’ll impact this year’s upfronts, not in any meaningful way.”

Major programmers and channel distributors, including Comcast’s NBCUniversal, have been very busy signing deals with measurement challengers like iSpot and VideoAmp in recent months. And the timing was very intentional – NBCU even committed to transacting against iSpot during this year’s upfront.

The industry may need to hold its horses a little longer. This year is ripe for test-and-learns with alt currencies, but it’s early for the trend. Jon Steinlauf, chief US advertising sales officer at Warner Bros. Discovery, also spoke about measurement plans for this month’s upfronts.

“We’ve become infinitely more knowledgeable [about TV measurement] after merging with a major competitor – and part of that is alternate currencies,” he said, referencing the recent combination of Time Warner and Discovery (could you have guessed?).

“Prior to close, Warner Media was working with Comscore and VideoAmp while Discovery was partnering with iSpot,” he said. Now, the two have brought together their partners of choice under one roof.

“We’re willing to test as much as we can during the 2022-2023 upfronts,” Steinlauf said, “but I don’t know how much [transaction] will happen this year.”

And linear-first companies don’t stand alone. Digital-native players are also shining skepticism on whether fully transactable media offerings against alternate currencies would be realistic this month.

The reason lies in a burgeoning obstacle for the TV industry: the difference between measurement and currency.

The measurement conversation this year will consist of linear programmers testing measurement vendor alternatives to explore how they track and attribute inventory, Asaf Davidov, Roku’s head of ad measurement and research, told AdExchanger.

Testing out methodologies is one thing, but committing to a price tag is quite another.

The difference is a bit like buying gas, Davidov said. People buy gas by the gallon, but the transaction on that measurement is the currency. Gas stations manage this complexity with widely variable pricing based on local and macro supply and demand.

But the broadcasters just see higher gas prices, so to speak.

“What we’re going to hear from TV networks [this year] is what they want to measure – reach, frequency, attribution, cost based on attention,” he said. But reaching agreements on pricing has been difficult.

What gets lost in translation on the buy side is the back-end office of the publisher, “all the unsexy stuff like planning, pricing and inventory management,” Davidov said. It was simpler when Nielsen was the only variable. But now publishers juggle attribution and attention metrics, audience validation and incremental reach and frequency at scale, which adds many layers of complexity to the back-end biz.

Measurement providers have to work to be able to address all these full-funnel metrics at scale. As an industry, “we’re moving in the right direction, but there’s no one [provider] with a full solution yet,” said Nicolle Pangis, CEO of Ampersand, a TV ad sales joint venture co-owned by Comcast, Charter and Cox.

“We’re not at a point to flip the switch yet,” she said. “This will be a test-and-learn year.”

Measurement methodology testing is the first step before the industry settles on a next move – or decides to stand pat.

“Over the next two to three years, we’re probably going to see CPMs tied to these [various measurement] KPIs as a build into an upfront negotiation,” Davidov said. But it won’t be this year.

For the time being, bet on inertia, the status quo and Nielsen’s role to remain intact.