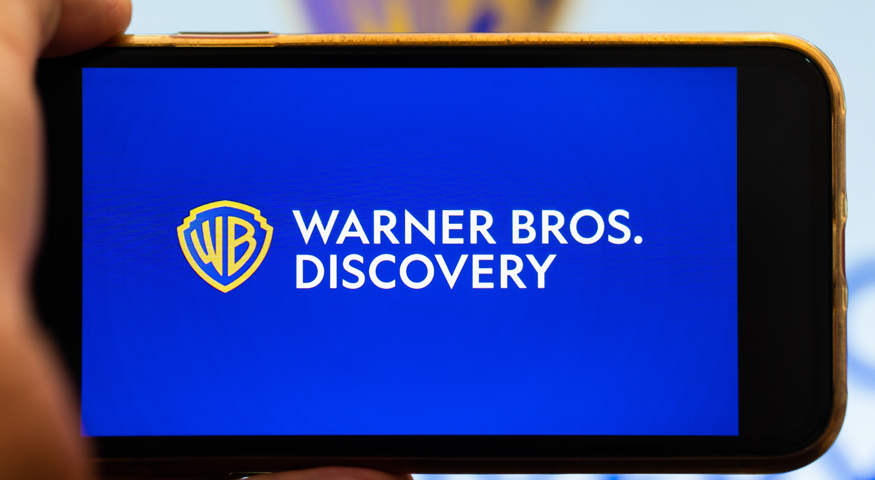 Yes – the merger was only made official on April 8. The duo rushed home from their honeymoon to give investors a timely Q1 update.

“We’re only 18 days in, and very [much] in the early stages of integration and refining our long-term strategy,” Discovery CFO Gunnar Wiedenfels (who will remain CFO of the merged company) said on this morning’s investor conference call. “Today’s call is predominantly meant to discuss Discovery’s Q1 operating performance,” he said.

OK. Not too bad. But it seems apparent which of the couple is currently wearing the pants. Why not wait until the combined company can offer a synchronized report?

Because the annual upfronts don’t wait. “We’re fortunate to have closed the transaction in time for this year’s upfronts,” Warner Bros. Discovery (and previously Discovery) CEO David Zaslav said.

The combined company will be able to sell a scaled streaming audience of 100 million global DTC subscribers to advertisers. Of that total, five million signed up in Q1.

Despite a lack of nicely parceled numbers for investors – “Please note we’re still working on our subscriber definitions and the focus of our subscriber reporting,” Zaslav said – he and Wiedenfels talked strategy. The combined company will look to streaming and original content production as its core growth engines.

Not all channels are making the cut. “We will clearly take swift and decisive action on certain items,” Zaslav said, referring to the early demise of CNN+.

The hybrid AVOD and SVOD app will offer multiple pricing options. Warner Bros. Discovery plans to offer an ad-free SVOD tier along with a cheaper, ad-lite AVOD offering. It sees itself as “driving down a middle lane” between the AVOD and SVOD roads, which other major SVOD-first streamers like Netflix and Disney+ have been recently grappling with.

Original content production, along with the respective companies’ huge content libraries, will be a big chunk of the streaming picture. The content lineup includes scripted and unscripted television series from Warner, half the MGM library and a large international offering of live sports. Plus, the combined company plans to produce more than 100 series, Zaslav said.

Zaslav reassured investors that it wouldn’t favor one part of the business over the other, or overspend on content production:  “We have no religion about any one platform or window versus another – we’re [building] a balanced monetization model that optimizes value we create via diversified revenue streams. We won’t overspend [just] to drive subscriber growth [alone].”

It’s not all sunshine and rainbows, though.

“In my mind, there’s both good and bad news in these results,” Wiedenfels said. “Q1 operating profit for Warner Media [saw] a 33% decline, [compared with] last year, to $1.3 billion. Cash flow was down even more, declining by $2.6 billion versus the prior year.”

Not to mention the failure of CNN+.

“We’re expanding below my expectations,” Wiedenfels said. Given Q1 performance, he revised Warner Media’s profit baseline for 2022 to $500 million lower than what the CFO had anticipated.

Considering this is the company’s first year together, “2022 will undoubtedly be a messy year,” Wiedenfels said. “There’s a lot of moving pieces, and [we’re] now in a somewhat less than favorable starting position.”

At the same time, Wiedenfels “remains very confident” the company’s on track to achieve its target growth projected for 2023 (it remains unclear what exactly that is), and plans to “refine a more detailed, bottoms-up combined budget and long-range plan” within 24 months.