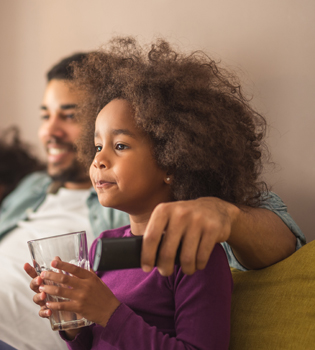 Children’s toys are simple. But advertising them? Not so simple.

WowWee is a large-scale, family-owned children’s toy manufacturer with clients including Walmart and Target. The company also advertises through multiple video channels – linear TV, streaming (e.g., YouTube or Hulu) and social platforms like TikTok and Meta.

On Wednesday, WowWee shared the results of an initial test campaign with contextual video company Precise TV. The campaign ran in the fall of last year and targeted co-viewing parents on YouTube – meaning an adult is presumably watching with a child – across 2.3 million households. The contextual data helped to quadruple the ROAS compared with the same ad budget for a previous campaign.

The results are reassuring because, for the children’s vertical in particular, all these media channels have one thing in common: strict limitations on data-driven advertising.

Under the now 24-year-old Children’s Online Privacy Protection Act, businesses cannot collect, use or target ads based on the data of children under 13 years old (if the business has actual knowledge that its audience is underage, that is).

“The kid’s media industry is a black box,” said Andrew Yanofsky, WowWee’s head of marketing and operations. Without granular audience data, WowWee can’t count deterministic ad impressions for reach and frequency tracking, let alone tie those impressions to sales conversions. When it comes to attribution, he said, “it’s a bit of a mystery.”

For some of these projects, he added that the “inception phase is [just] validating whether or not we have a good idea and how much traction there might be.”

Enter Precise TV, which touts a COPPA-compliant stamp of approval.

Turns out, a big piece of the puzzle is just keeping eyes on the right KPIs – especially as TV becomes more and more digitized.

On YouTube, particularly, ad targeting is channel-based and varies by content. But a “channel” could be a category as broad as comedy viewers. (Laughing isn’t limited to men aged 18-49.) That’s why channel targeting comes with “an inherent problem of ad wastage,” said Christian Dankl, co-founder and chairman of Precise TV.

As if advertising toys isn’t already difficult enough. Even when a channel-based ad reaches the right audience, the attribution issue still stands.

“The biggest challenge is closing that gap [of] a sales conversion,” Dankl said. “There’s no actual connection between a viewable impression and a pixel firing [off] like it would in the ecommerce world.”

For Precise TV, the bridge to attribution is a mix of contextual targeting and predictive modeling.

Precise TV, no stranger to the children’s vertical, has a data set based on a panel of 6,000 families with children between 2-12 years old. It also collects surveys on household video, channel, game and toy preferences into what it calls a “media diary.” The data is devoid of personal identifiable information (PII).

Precise plugs all this anonymized data, overlayed with point-of-sale (POS) data from major retail partners (including Walmart and Target), into a predictive model that analyzes content and optimizes ad placements at the video level, rather than the channel level.

The strategy is a particularly good fit for YouTube as a central hub for literally billions of videos. “We can run A/B tests on billions of videos in a minute,” Dankl said. But that’s not feasible for CTV impressions, since the inventory is fragmented across many distributors and content streamers.

“We have to look more closely into the context of the content consumed because we can’t use audiences, profiles and cookies,” he said. When it comes to KPIs, “that means we totally rely on the outcome.”

Conventional video ad measurement and verification metrics, such as video completion rates (VCR), aren’t the most helpful in the children’s vertical, anyway. A 100% completion rate on a nursery rhyme channel, for example, could just mean a one-year-old doesn’t have the wherewithal to skip the ad (yet), Yanofsky said.

Instead, Precise advised WowWee to switch over to outcome-based KPIs, such as views-per-sale and impressions-per-sale. And with POS data from major retailers, the lower-funnel metrics pave the path to attribution.

Adding POS data from major retailers like Walmart, Toys “R” Us and Target to its model is an important part of Precise TV’s ability to tie contextual ads on YouTube to offline outcomes, according to Dankl.

The predictive algorithms can forecast how many views or impressions a campaign will need to result in a product sale at Walmart, for example.

Best practices for media buying and creative strategy differ by channel, but WowWee’s success offers some hints as the rest of the ad industry (not just the children’s toy vertical) grapples with signal loss, according to Dankl. CTV advertisers with the early signs of cross-device measurement migraines might do well to look for contextual data, he said, rather than try to substitute data collection tactics that aren’t coming back.