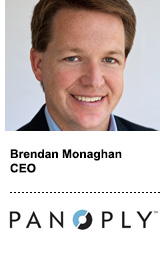 Panoply, the podcast network and technology company born from The Slate Group, is cutting ties with its editorial and direct sales business to focus on building podcast technology.

Panoply’s editorial business is known for hit shows like Malcolm Gladwell’s “Revisionist History” and GE’s branded podcast, “The Message.” Panoply also represented direct sales for shows like “Happier with Gretchen Rubin.” The network will help these shows transition to a new sales network, a process it hopes to complete in Q4.

“We love [the content] business. However, it’s limited in how much it can scale top line revenue,” said Brendan Monaghan, CEO at Panoply Media. “Technology has a real opportunity to scale significantly, both on the content management and ad insertion side, as well as the ad technology side.”

Panoply has laid off its entire editorial staff as part of the shift, but declined to break out an exact number of employees. The company, which has seen revenues double over the past year, will build on its technical staff as it pivots its focus.

“When you hear layoffs, there’s a tendency to think the company may be performing poorly,” Monaghan said. “For us, this was a strategic decision to go where we see opportunity. Unfortunately, that means not being in certain segments.”

The news is unrelated to Slate editor-in-chief Jacob Weissberg’s announcement Thursday that he will leave the company to start an audio venture with Malcolm Gladwell, Monaghan said.

Focusing on technology will position Panoply to build solutions for both publishers and advertisers in a medium where there hasn’t been much innovation. Panoply plans to build sales technology that helps publishers “make more money and distribute shows as effectively as possible” as well as enhance and scale MTM to bring more brand advertisers to the medium, Monaghan said.

“Brands are used to buying specific audiences within huge buckets,” Monaghan said. “They don’t want to do 50 IOs for 50 different shows. They want to buy the audiences, shows and scale they’re seeking in a really efficient way.”

By buying through MTM, brands can monetize their back catalogues with more recent ads, rather than being stuck with an ad that was baked into the show when it aired. For publishers, it’s an easy way to monetize inventory they are unable to sell directly.

“Maybe it’s a new podcast or a they had a cancellation,” Monaghan said. “MTM can come in and help fill out the revenue.”

Advertisers have been slow to adopt dynamic ad insertion for fear it will ruin the listening experience. But by inserting host-read recordings, Panoply believes it can maintain quality while helping publishers monetize better and advertisers reach an engaged audience.

“This is really key to brands,” Monaghan said. “If I have a lease deal that runs for 60 days, I don’t want that ad in there 120 days after that deal is over. If that ad is baked in for good, they can never remonetize it.”

MTM also offers better attribution on podcast buys. An insurance advertiser buying on MTM was able to pixel their site to see whether a listener filled out an online quote after hearing their ad. That’s a huge improvement in podcast ad measurement, which has been limited past the point of download.

“They went across mediums, from audio to digital to see if there was performance and lift,” Monaghan said. “It’s unheard of.”

Today, MTM deals are brokered directly by Panoply staff, but the company hopes to roll out a self-serve UI down the line. It’s hesitant to use the word programmatic, though, as the podcast industry associates the buying mechanism with plummeting CPMs and low-quality ads.

“Programmatic for us is streamlining the way buyers transact on inventory,” Monaghan said. “We’re moving to a world where there’s more automation put into the process. That is something in early 2019 you’re going to start to see a lot more of.”

2019 will also be a big year for brand advertisers buying into podcasting, Monaghan predicts. The group sees more brands transitioning audio spend to podcasting as big players like Spotify, Google and Pandora increase distribution and enhance the user experience.

“The more people engaged in this medium and distributing podcasts front and center is huge,” he said. “For publishers and advertisers, it’s creating more outlets for the message.”

As Panoply wades further into technology, it will also innovate in the emerging voice space by helping publishers format and distribute their content on the medium.

“Having a technology platform that enables the distribution of audio content is a natural fit to do things both super short- and long-form,” Monaghan said. “We’d be unwise not to be looking at that space.”

Correction: This story previously stated the number of devices in Nielsen’s DMP to be 9.5 million. That number is 9.5 billion.