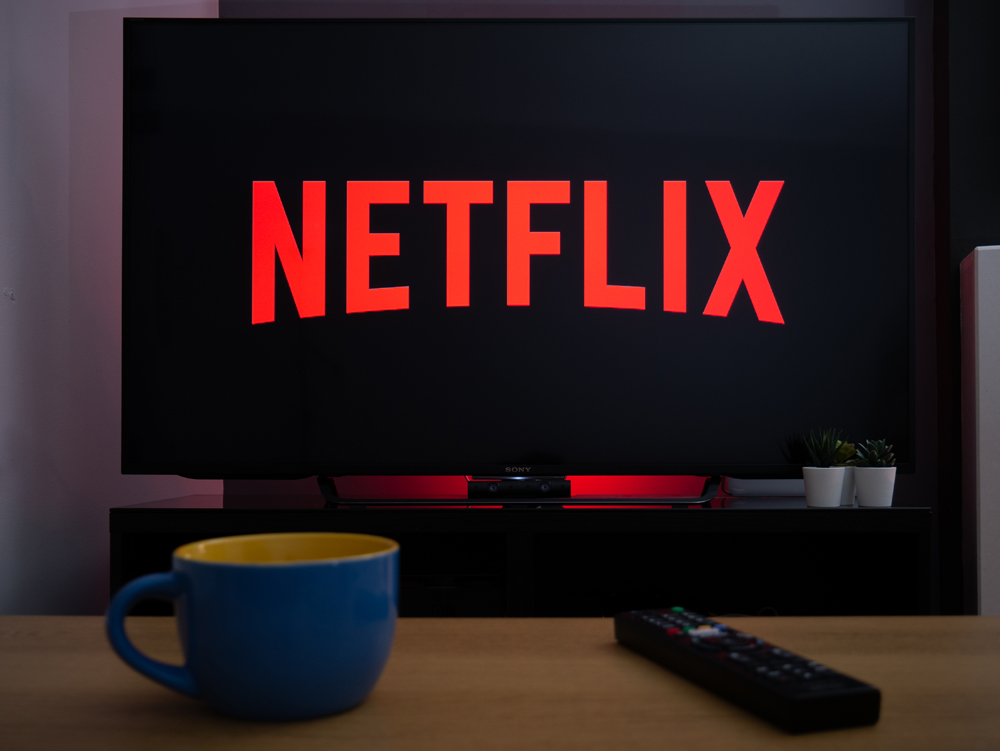 Netflix’s biggest hope for its imminent ad tier is increasing revenue not from ads themselves, but by attracting new sign-ups with a cheaper subscription option.

Netflix lost 970,000 subscribers in Q2 this year. Not great, but it’s better than the two million subscriber loss it was expecting.

To be fair, Netflix still saw 9% revenue growth for the quarter from new sign-ups. But Netflix expects churn to outweigh new growth – unless it can use advertising as a tourniquet to stop the bleeding.

“In some ways, we’re losing a million subscribers and calling it success – but really, we’re set up very well for the next year,” said CEO and Co-Founder of Netflix Reed Hastings on the company’s earnings conference Tuesday night, referring to the company’s anointing Microsoft as its ad sales partner of choice last week.

The news shocked the entire ad tech industry, which expected a programmatic veteran to win the crown over Microsoft, which has been sitting on the advertising sidelines after an early lead in online advertising, and only recently made a big move with its acquisition of Xandr.

“A key component of what we liked about this partnership was flexibility – Microsoft is very much approaching this as an opportunity to collaborate on both the technical capacity and go-to-market approach [for our ad tier], and we have lots of flexibility to work with them and evolve that over time,” said Netflix Chief Operating Officer Greg Peters, who was also on the call. 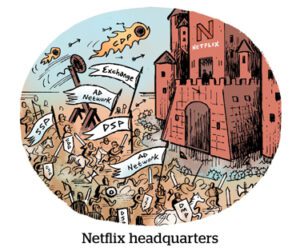 That’s basically a fancy way of saying Netflix has more room to mold Microsoft into its ideal partner, which isn’t so dissimilar from building its own in-house ad tech.

A programmatic titan like Google, on the other hand, is an established walled garden that won’t make concessions for Netflix. Google was a contender for this partnership, but its revenue guarantees for Netflix were “underwhelming,” according to Insider, because Google’s more wary of the risks.

And Google does suspect Netflix will take its ads in-house eventually.

A lack of competitive overlap (and potential synergies with a cloud business) likely also informed the deal.

While other video ad tech partners overlap with Netflix’s core streaming business (think Comcast-owned Peacock and Google’s YouTube), Netflix only overlaps with Microsoft in that it has ambitions to expand into video games.

None of the four Netflix execs on the call even mentioned gaming.

Netflix literally acquired three gaming studios in the last year alone and poached its CFO from Activision Blizzard (which Microsoft is buying, pending FTC approval). Microsoft has dominated the console gaming space with Xbox and is also gaining traction in in-game advertising.

While Netflix competes with Microsoft on gaming, the deal could open the door to becoming a customer of Microsoft Azure, its lucrative cloud business. But when J.P. Morgan analyst Doug Anmuth asked Peters how Microsoft’s market position in cloud storage and gaming can assist Netflix, there was no direct reply – Peters just confirmed AWS is still its cloud partner.

Netflix expects to gain two new types of users: those who thought Netflix was too expensive and people who are mooching off of other paid users’ accounts and watching for free.

Just a day before Netflix’s Q2 earnings, it shared an update to its password-sharing clampdown.

When Netflix first announced the intention in March, the plan was to test whether users would opt to pay a little more to share their accounts with family and friends. As of Monday, the next step is offering an option to “add a home,” rather than an individual user to a paid account, and to test out the practice in more countries.

“Today’s widespread account sharing between households undermines our long-term ability to invest in and improve our service,” the blog post reads.

Password-sharing enforcement is still in testing, but Netflix expects to have it out in 2023 – exactly when it expects to get its ad tier to market.

Netflix did not share how it expects to price its ad-supported tier. The “add a home” feature in testing costs $2.99 per month.

It speaks to investors, too – Netflix’s stock price jumped 9% in after-hours trading on Tuesday.