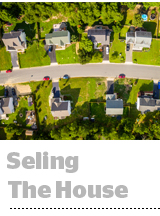 The On Addressability initiative, a joint venture between Comcast, Charter and Cox, has added AMC Networks as its first independent broadcast partner, the companies announced on Wednesday.

Comcast launched the On Addressability initiative at the Cannes Lions festival in June 2019 to transition more TV commercials to addressable ad sales. The joint venture allows brands to target ads, based on household data, to homes served by Comcast, Charter and Cox.

For years, advertisers have been able to target addressable ads to pockets of inventory such as video on demand, since the set-top box provider could dynamically insert an ad unit into a television show, said David Kline, Charter EVP and president of the company’s ad sales division.

“This is for live linear TV,” Kline said.

OTT platforms and streaming media services are steadily increasing the supply of addressable inventory on TV screens, but the big opportunity is to get broadcast networks to transition their linear ad sales to addressable, he said. “The majority, about 75%, of all viewing still happens in live linear feeds.”

On Addressability campaigns are still planned days, weeks or even months ahead of time, not sold in real time or in an auction. But, a network couldn’t previously segment national campaigns by household, said AMC SVP of advanced advertising and digital partnerships Evan Adlman. That required advertisers to target local TV or run separate campaigns through a distributor like Comcast and Charter, which get a fraction of inventory from networks they carry in cable bundles.

“The opening of the footprint through these carriers at a national level is a new opportunity,” Adlman said.

Unlike arrangements where carriers such as Comcast sell to their own customers, with some addressable inventory across networks, AMC can now offer addressability when it sells directly to brands or agencies.

Charter, Comcast and Cox are happy to be the dumb pipes for someone else’s advertising sales, since they receive a fee for addressable campaigns on their networks.

AMC, which operates the cable channels AMC, We TV, BBC America and SundanceTV, among others, can charge more for the ads because of the targeting and it can show ROI more effectively, so it’s a win-win for the media companies, Kline said.

And the carriers benefit because advertisers will have to use data onboarding services to link individual-level data such as a mobile device ID or email address to a household, which is the atomic unit of TV advertising. The On Addressability initiative uses Canoe Ventures, another joint venture owned by Comcast, Charter and Cox, to sync advertiser data – which could come from LiveRamp, Experian or other companies – with targetable TV households.