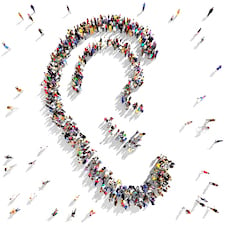 Just ask Pandora. “It’s been a really big challenge for us,” said David Hassler, director of software engineering at the music streaming platform.

For the past two years, Pandora has been working with ActionIQ, a customer data platform that focuses on enterprise customers.

On Thursday, ActionIQ released the second generation of its CDP centered on an offering called InfiniteCompute, which allows clients to dynamically scale their data activation based on need.

ActionIQ first started developing the software around three years ago. It’s now generally available after nearly a year in beta.

Pandora was one of the earliest adopters of the technology, which allows organizations to process vast quantities of data and produce audience insights faster and on demand. It’s built on top of public clouds, such as AWS and Google Cloud, which means it’s able to “scale elastically,” said Tasso Argyros, CEO and co-founder of ActionIQ.

That flexibility is necessary to handle spikes in use, or other sudden increases in activity on the platform, Argyros said.

But for Pandora, scale isn’t just about being able to do more with more, it’s about automating marketing operations on a self-serve basis.

“Self-serve was our No. 1 goal when we were thinking about transforming our mar tech stack,” Pandora’s Hassler said. “We needed to remove engineering and analytics as a bottleneck.”

Previously, creating audience segments and delivering them to ad platforms and other partners was a laborious chore that involved the marketing department entering manual tickets so that engineers could run SQL queries and pull information stored across multiple internal data warehouses.

“We were really constrained by the people aspect of this,” Hassler said. “There are only so many queries that an analyst can run on a given day.”

And time is money. If it takes days to manually pull and validate an audience, that’s a missed opportunity to optimize spend for paid media.

“Your active body of users or the people you want to try and reengage or win back – those audiences tend to be really large,” Hassler said. “And we were wasting a lot of money by not being able to quickly send suppression audiences to ad platforms for people who were already actively using Pandora, for example, or god forbid, who were already subscribed.”

The ability to scale its marketing budget to bigger audiences and quickly provide years’ worth of historical data to the marketing ops folks has helped Pandora cut its cost of acquisition in half and deliver more customized audiences on a platform basis.

“It’s been a big enabler for us,” Hassler said. “This platform has solved my two most pressing needs: managing a large amount of data and doing it self-serve.”

But although Pandora and other ActionIQ clients, such as The New York Times, Shopify and American Eagle Outfitters, are seeing results from their CDP relationships, there’s still a lot of skepticism about the category, particularly among analysts.

Argyros argues it’s the industry analysts who aren’t doing the category any favors rather than a case of legitimate CDP technology overpromising and underdelivering.

“The analyst community needs to step up and take a position on what a CDP vendor is and what it’s not – because anyone who wants to call themselves a CDP does and they’re not being challenged,” Argyros said. “As soon as that happens, we’ll have clarity.”

A Forrester total economic impact study of ActionIQ’s CDP, released this week, found an average ROI for customers of 522% and a six-month payback period on their initial platform investment.