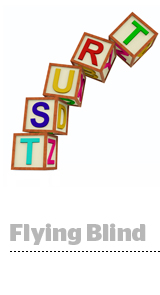 Most marketers don’t trust the data they’re using and they have no simple way to assess its quality.

Of the 80% of advertisers that use audience insights, only 33% say they “completely trust them,” according to a study released Wednesday by research firm Advertiser Perceptions, which surveyed roughly 200 advertisers.

Just one-third of advertisers fully trust Nielsen C3 and C7 data, while a meager 29% say they have full confidence in analytics measurement.

Advertisers don’t even trust their own data: 51% think their first-party data is only “somewhat accurate.”

Yet most marketers continue to “operate on faith,” said Justin Fromm, VP of business intelligence at Advertiser Perceptions, whether that’s because they lack the capability to vet data or because there’s just too much data out there.

“It’s extremely difficult to put the right checks and balances in place to ensure that data is valid and reliable,” Fromm said.

But despite the risk, advertisers are increasingly reliant on data and modeling to target their campaigns and inform their creative, said Scott McDonald, CEO of the Advertising Research Foundation, during an Advertising Week panel in New York on Tuesday.

“The more data that’s in the mix, the harder it is to parcel out the impact of each of those little bits, and the more important it is to know the provenance of whatever data set you’re working with and how it works together with all the other pieces,” Steuer said.

To that end, ARF is partnering with the Coalition for Innovative Media Measurement to propose a data labeling program.

But rather than calorie counts and saturated fat content, the labels would include basic info on when the data was collected, how fresh it is, the data source, the collection method and whether any modeling was done.

“We don’t often know what goes into the data, what the ingredients are,” said Gerard Broussard, principal at consulting group Pre-Mediated Media, which is working with ARF and CIMM to get its labeling program proposal off the ground.

“What we need with all the integrations and modeling is more transparency so we can judge the value of all data sources for decision-making,” Broussard said.

But simply slapping a disclosure on a data set doesn’t truly solve the data quality and transparency problem if the process doesn’t include accreditation, said Rick Erwin, president of Acxiom’s Audience Solutions Division.

“Without evaluation by a knowledgeable agent of truth, how can you know if what you’re buying is going to make your outcome or purpose more or less achievable?” Erwin said.

Labeling is a valuable first step, though, he said, and it’ll quickly flush the ecosystem of “the less-than-white-hat actors out there,” of which there are many.

“The first thing that happens when you shine a light on something, all the bad actors run under the furniture and hide, and we need a little bit of that, because most of the people buying data that I talk to today, and through no fault of their own, can’t tell the difference between a good actor and a bad actor,” Erwin said, noting that Acxiom is fully on board to participate in ARF/CIMM initiative.

Industry bodies are rallying behind the idea, including the Interactive Advertising Bureau, Association of National Advertisers, 4As, Media Rating Council and the Data & Marketing Association. ARF, CIMM and its consultant partners are gearing up to gather industry feedback and recommendations on what should be included in the data labels.

The IAB and the IAB Tech Lab are also in the midst of their own separate but closely related initiative to develop data quality standards.

If advertisers and agencies want more transparency, the time is ripe to take action, said Abhilasha Mehta, SVP of marketing insights and media analytics at Bank of America.

“We know the data hasn’t been perfect and we know the risk we run if we don’t get it right,” she said. “Let’s get this right and right away, so that we’re not losing customers and putting our brands at risk.”