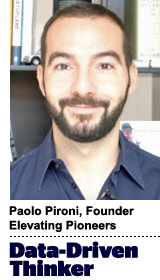 Crises wipe out many startups, but those that survive emerge ever stronger. WhatsApp, Slack and Uber, for example, were all founded during the Great Recession.

In his Wall Street Journal bestseller, “The Obstacle Is the Way,” Ryan Holiday showcases how some of the greatest leaders of our times, including Steve Jobs, have defined their success by the ways in which they turned challenges into triumphs. Today’s ad tech startups will define their own success by how they tackle the next few weeks.

Throughout my experience in ad tech startups across the sell side, buy side and the service layer, I’ve seen three common obstacles that consistently crop up. These gaps may prove fatal during the COVID-19 crisis.

For ad tech startups, remote working won’t pose technical issues, but it will strain management and morale. Unable to constantly communicate and hobnob in small office spaces, many will resort to an inordinate amount of video conference calls.

But constant meetings can hide a lack of clarity about objectives. Peter Drucker, often called the founder of modern management, knew this to be a common problem. “Management by objectives works if you know the objectives,” he warned. “Ninety percent of the time you don’t.”

Managerial rigor doesn’t have to constrain innovation: It can and should propel it. Google was still only a series-A startup when it recruited veteran manager Eric Schmidt as CEO to bring structure and provide “adult supervision” – a move that turned out quite well. Great managers set clear goals and leave people alone to deliver their best work. Today’s environment provides a golden opportunity to do just that.

With that said, startups should continue having those morale-boosting video calls, such as the companywide virtual Friday beers.

2. Now is the best time to broaden your pipeline

I’ve found that early-stage ad tech startups under-invest in sales and commercialization, thus hanging all of their hopes on one big prospect. Investors are OK with pre-revenue startups doing this. But it’s dangerous when startups divert their entire product road map to cater to the requirements (whims) of one single prospect that isn’t guaranteed to become a (profitable) client.

So if COVID-19 made a “flagship” prospect go cold, that’s good: Focus energy on speaking with more prospects. Many will take more calls now that they’re stuck at home.

“Keep your sales pipeline full by prospecting continuously,” says prolific author Brian Tracy. “Always have more people to see than you have time to see them.”

There is, however, a caveat: Ad tech startups are typically B2B plays. But if a startup happens to monetize eyeballs, then user acquisition shouldn’t, of course, decelerate. B2C startups should put themselves in the shoes of their target users and think about their needs, wants and apprehensions right now. If companies support customers during these troubled times, those companies will likely stick around.

3. Distance the competition, so that you secure future funding (and they don’t)

Startups have an advantage over established ad tech companies that are feeling the pinch: Startups may not need profits to survive. Investor-backed startups may have cash reserves and can extend their runway by cutting costs, if needed. So despite lower ad budgets, shrinking CPMs or delayed payments, they’ll likely weather the storm.

But they need to be prepared for later. While some investors may be been tweeting that it’s business as usual, many ad tech startup founders have told me that they’re not convinced. And given the times, it’s better to be safe than sorry.

I suggest that ad tech startup founders focus on managing by objectives and broadening their pipelines to drive up the KPIs that matter to investors, in order to make their case look as compelling as possible when they fundraise again.

There’s a good chance that competitors will be distracted firefighting (or videoconferencing), leaving smart ad tech startups to get funded over them.