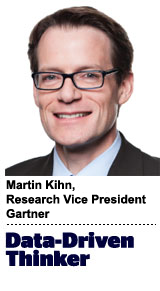 In a muted squib released last week, Google signaled it would no longer include user IDs with log files from its industry-leading ad server.

This move was done in the name of privacy but is part of a multiyear strategy to draw up the bridges between Mountain View and the rest of the world.

Under cover of GDPR and congressional inquests, both Google and Facebook have managed to accelerate their isolationism. At a moment when they seemed under siege, they deepened their moats. Historians of chaos strategy will study their tactics for years.

But now, we have a more immediate problem. What does Google’s announcement mean for marketers?

There’s a growing consensus among practitioners I’ve asked that multitouch attribution (MTA) as we know it will never be the same.

Four Horsemen Of The Adpocalypse

As of May 25th, Google will no longer provide to European Economic Area customers:

Without these IDs, exported DCM log files can’t be used to determine true reach and frequency or to build MTA models, which are by definition user-level. MTA is not the only way to measure the true impact of ads but is theoretically the most accurate and provides by far the most detailed results.

User-level data is still accessible within Google’s Ads Data Hub (ADH) but cannot be examined at the user level and cannot be exported.

In practice, marketers who want to do accurate MTA are forced to choose one of the following:

This works if you (a) run most of your media on Google properties or networks and (b) trust Google to tell you how it’s doing. The company has access to its own log files, of course, so it can make user-level data available (with appropriate safeguards) to its own products. It is not clear whether Google’s own Attribution 360, part of its analytics suite, will have special access to data, but at the very least, it will be optimized to Google’s workflow. And avoiding non-Google IDs means you don’t have to do messy ID stitching or matching.

Google has been pushing advertisers to use Ads Data Hub since its launch last year. It works by storing encrypted user-level campaign data, including DIDs and mobile IDs in the Google cloud. Clients can upload non-Google data into a separate cloud data store. A match table is created, where possible, to map various Google IDs or cookies to client IDs or cookies. And then – after this setup – the client is allowed to perform SQL joins and queries and export aggregate analyses.

For an outside MTA provider, this scenario requires recreating their I.P. within the Google cloud, with Google’s close cooperation. An outside provider with appropriate match tables and data plus MTA experience could possibly weave together magic. But so far, only five third-party vendors are integrated with ADH. Only one of the five, C3 Metrics, is an MTA specialist.

Downside: ADH gives sophisticated marketers valuable data but does not enable fully transparent MTA. It is also an early-stage technology, with all that implies. And it is unlikely Facebook and Amazon will ever make data available there.

Alternatives to DCM exist, although many marketers haven’t seen a reason to care. Sizmek and Adform offer “mini-Google” alternative ad stacks and are among ADH integration partners. Providers like Flashtalking, Smart AdServer and TruEffect offer buy-side ad servers. These competitors may see renewed interest, and smart alternates will offer incentives to switch (rumor has it, they already are).

Downside: Google’s long dominance in ad serving means its market power, talent, investment and – in some cases – its capabilities outstrip rivals. Switching ad servers is disruptive, and DCM’s smooth integrations with the rest of Google’s suite will dial up distress.

In the past, enterprise MTA solutions such as Visual IQ (now part of Nielsen) gave clients an alternative: use the ad server log file (usually DCM) or implement the MTA solution’s pixel-based ID. The latter works by putting a beacon into ads and landing pages so that each impression is recorded, along with a unique ID based on a cookie. Of course, this is the same data that sits in the ad server log files, but it is accessible at the user level (via the MTA ID) and so can be used for analyses.

Large MTA vendors have been trying to wean clients off DCM log files and onto their own IDs for some time. However, many clients still rely on log-file data. As of May 25th, that option disappears. These clients will have to decide now between two different options: start over using the MTA vendor’s ID or … see choice 1., above.

Either way, they’re starting over.

Downside: Building a campaign-wide data set is complex and wearisome. Some ads can’t be pixeled, including (coincidentally) Google’s YouTube inventory and Facebook ads (which are not accessible to DCM either). In-app and offline ads also can’t be tagged. And collecting impression-level data does not solve the cross-device challenge, which is necessary for accurate MTA.

So, who wins and who loses?

Obviously, the hardest hit are non-Google MTA providers, including solution vendors and consultants.

Not all MTA vendors have a tag they deploy to create their own ID. Those that do are the larger and longer-established platforms such as Nielsen (Visual IQ), Neustar (MarketShare) and Flashtalking (Encore). Others that relied on log files face a difficult path. And still others, such as Oath’s Convertro, just gave up the stand-alone battle.

To survive, independent MTA vendors will have to focus on their omnichannel models, pairing MTA and MMM for a holistic view of online and offline media. They will need wide reach through their own data collection. And they will in effect need a unique user ID that is able to deduplicate across many data sources and devices. This requires a roster of partnerships, including cross-device data vendors, that themselves face challenges.

Also affected are agency analytics teams and MTA consultants. Without log files to analyze, they’re reduced to the less lucrative role of report jockeys. Being smart, some will refine their expertise to focus on ADH, and some will switch to different problems. But some jobs will change.

Beyond MTA, any provider that used DIDs somewhere in their workflow is affected. These include onboarders, marketing analytics and location data providers, and others.

And what about Alphabet/Google? It’s a massive media company that earns $1 in every $3 spent around the world on digital ads. Ad serving is a minuscule part of its business. Losing a few clients, even large ones, won’t have any impact on Alphabet’s life so long as they continue buying paid search and video ads. Which they will.

And what about consumers? Privacy is important and GDPR is real. Many Google partners publicly applaud this move while privately asking questions. For example:

I’m not a lawyer and can’t comment, but I appreciate the questions.

Google is challenging marketers to scramble around it or accept its terms. In the end, most marketers will write down pros/cons, take a deep breath, and say, “OK, Google.”

Editor’s note: This column has been updated with more detail on Google’s policy change.