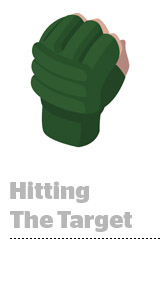 If James Byrne, CMO of mixed martial arts fight promoter Alliance MMA, wants to see whether a campaign is working, all he has to do is walk through the front door of the sporting arena.

“When you’re talking about something like consumer packaged goods, the end consumer of a can of Pringles or a box of Tide is a bit of an abstraction – you don’t meet her, you don’t see her,” said Byrne, who stepped in as CMO in January after working as a consultant to The Ultimate Fighting Championship and senior marketer at the WWE.

“But if we fill a hall with 10,000 fans or 15,000 fans or 20,000 fans of the sport, all of that abstraction, all of that work you do with spreadsheets and PowerPoint and marketing decks comes alive right there in front of you, in a way most marketers would kill for,” Byrne said.

Alliance MMA, which went public in October, was founded in 2015 as an aggregator of smaller regional fight promoters across the US, including in Ohio, Illinois, New Jersey and Florida. The company’s MO is to acquire these local entities and bring them under a single umbrella to help streamline their business models.

It’s a strength-in-numbers strategy, Byrne said. Alone, the regional players don’t have enough scale to attract large advertisers as fight sponsors, but together, they create a bigger, more compelling audience of MMA fans.

“The sum is greater than the parts – a critical mass of end users we can sell to a national sponsor who wants to be in direct communication with our fight fans,” Byrne said. “It allows us to sell a third-party audience that never existed before.”

Alliance MMA is in the process of inking deals with several advertiser partners and vetting potential tech vendors and agency partners to help bolster its various units, including its electronic ticketing platform, CageTix, and Go Fight Live!, its video production and content distribution arm.

“We’re in the business of television content distribution, ticket sales, sponsorships, and we’re going to soon be in the ecommerce business,” Byrne said. “And for each of those economic drivers, we’re going to be looking for ways in which data can help us come up with elegant solutions.”

JAMES BYRNE: We look at purchase history patterns and people who have shown an interest in other action and contract sports. That’s the low-hanging fruit.

It’s also no surprise that our fans live on social media. I can dashboard what’s going on during a fight in real time and pull audience analytics that help me understand what content people are responding to. It used to be that I had to look at the minute-by-minute on Nielsen, but now we only need to look at search terms and hashtags to glom onto what people are attracted to during live events.

We also have billboards overhead in the arena asking people to hashtag all of their tweets and whatever else they’re sharing with each other, and we can track and capture end users that way. Once we have a statistically significant number of people in a data stream who share commonalities of interests and passions, we can go out and look for more of them.

What are your KPIs?

We’re looking for folks who would actually come to an event, tune in on TV or purchase something branded either at the venue or through ecommerce. Our goal is to motivate them to engage with the sport and, hopefully, transact.

What goes into your marketing mix?

The digital process is iterative. We’re continually testing, evaluating results and retesting. This includes both platforms and targeting parameters.

SEM is at the top of the list because it’s highly targetable and the details – search terms, cost per acquisition – can be adjusted on the fly, as needs and performance dictate. Social media, and in particular Facebook, is second. I’ve seen good conversion results on Facebook that I have not seen replicated on other social media platforms, plus there are many ways to slice and dice the target audience.

Depending on the campaign footprint, national publishers in the MMA endemic media space yield great coverage and massive impressions, but they may not be suitable for geotargeted local promotions and campaigns.

There are constant new innovations in geofencing allowing mobile push notifications to individuals with targeted apps on their smartphones when they’re in the desired area at the desired time – for example, in Las Vegas during a big fight week. These tools are always worth testing as the technology evolves.

How have the demographics of your target audience changed?

The change in the demo is palpable. I’ve seen it.

In the beginning, most of the people who came to MMA events were guys. Then we started hosting events in casinos and noticed that men were getting dressed up and bringing their significant others along to the fights, and soon, roughly 30% of people in the arena were women. “The Ultimate Fighter” reality television show, which is sort of analogous to “Keeping Up With The Kardashians” but for MMA fighters, also struck a chord with women.

But the real accelerant was the introduction of female fighters into the mix, which only happened about seven or eight years ago. That supercharged the demographic shift, and now close to half of the attendees at an MMA event might be women.

With those barriers down, when we message for ticket sales or go out looking for television eyeballs, we’re looking for an end user between the ages of 18 and 35, but we’re fairly agnostic between male and female – whereas before, the instruction we’d give our buying agency would be: “Go out and find our guys.”