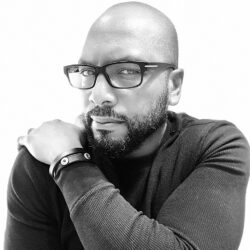 The downfall of digital identifiers – and the question of what will replace them – is being closely followed by agencies, publishers and ad tech. Are brands paying as much attention?

Well, the world’s largest advertiser most certainly is.

“Digital promised this really addressable, specific, dynamic creative, personal touch medium, Austin says. “Now, in the current context of CCPA, GDPR and the elimination of the third-party cookie, it feels like that promise is whittling away, which is highly unfortunate.”

But although P&G’s marketing teams are concerned about what will happen when the cookie go bye-bye, Austin says it’s high time the industry came up with a replacement that serves the best interests of consumers.

“The cookie is very dated technology – what was it, [the] mid-90s that the cookie was introduced?” he says. “I think we are due for an upgrade here. But, hopefully, we can align on an addressable identifier that can be used to elevate the consumer experience. What we wish for is putting the consumer at the center of a lot of these decisions, vs. putting a platform or an advertiser at the center.”

Also in this episode: In addition to his marketing leadership role at P&G, Austin oversees the CPG advertiser’s initiative on racial bias and inclusion. That campaign has resulted in a series of spots – including “The Talk,” “The Look,” “The Choice” and “Circumstances” ¬– that address systemic racism against African-Americans. They are unflinching videos that attempt to seriously address inequality.

“From a P&G voice and a brand standpoint, it’s about making sure we show up as authentic and relevant,” Austin says. “We want to make sure we’re useful and not be opportunistic in this context.”