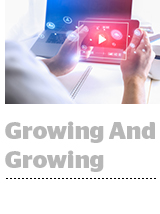 Video ad spend in the United States will grow to $27.8 billion, about 25% of all digital ad spend, by 2020, according to eMarketer’s latest forecast. That’s a 30% growth spurt from 2017. Facebook will emerge as the big winner in the video gold rush, taking a 25% share of all video advertising in 2018 with $6.81 billion in spend. The platform will own 87% of US social video spend, with the help of double-digit video ad growth through 2020, per eMarketer. YouTube’s video ad revenue is forecasted to grow 17% this year to $3.36 billion and Twitter should see $633 million from video, while Snapchat brings up the rear with $397 million. Video makes up 73% of YouTube’s ad revenue, 55% of Twitter’s ad revenue and 60% of Snap’s ad revenue in the United States. More.

Walmart announced a content licensing deal with MGM to produce exclusive programming for Vudu, the retailer’s video-on-demand (VOD) and ad-supported streaming service. Walmart bought Vudu eight years ago to offset declining DVD sales, but it never developed into a media hub of any significance, Reuters reports. Now Walmart has new hopes for Vudu, as Amazon and Alibaba demonstrate the value of connecting media consumption to ecommerce. It’s not apples for apples. Despite being the highest-revenue company in the world, Walmart isn’t up for multibillion dollar annual investments in original programming to effectively take on streaming leaders like Netflix, Hulu or Amazon Prime. But Walmart’s recommitment to Vudu ad tech and content licensing deals could be an important benchmark for the industry. Many buyers and vendors are anxiously awaiting ad-supported VOD to emerge as a viable alternative to ad-free subscription media. More.

Snap CEO Evan Spiegel has set a goal to be profitable in 2019, but some observers aren’t convinced. “We do not see Snap reaching profitability in the near future unless there are substantial expense reductions,” wrote MoffettNathanson senior analyst Michael Nathanson in an investor note on Tuesday. Even if Snapchat aggressively cuts costs, it would still need ad revenue and new user growth to accelerate much more than it has over the past year. Add to that the fact that eMarketer recently lowered its Snap advertising forecast due to sluggish CPM growth as the platform transitions from direct deals to programmatic. Nathanson said he expects Snap to fall $1.5 billion short of profitability next year, and that the company should be concerned about running out of money and potentially needing to raise capital, Bloomberg reports. More.