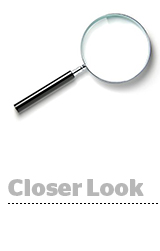 Amazon’s ad business is catching the attention of market analysts, The New York Times reports. The company is on pace to capture upward of $9 billion in ad revenue by year end, with help from brands like Geico, Verizon and ABC that don’t actually sell on Amazon, as well as product brands Amazon both works and competes with. “I do hear some brands saying, ‘We don’t want to work with Amazon too much because they’re going to get too much information from us,’” says Will Margaritis, 360i’s VP of ecommerce. “I feel like that’s overthinking it. Amazon has enough data to understand everything about any category it wants to be in.” More.

So long, net neutrality. US telecom companies have begun throttling internet traffic from streaming giants like YouTube, Netflix, Amazon Prime and NBC Sports, according to a study by Northeastern University and the University of Massachusetts at Amherst. The universities used an app called Wehe to monitor internet traffic to 100,000 consumers. From January to May, the app detected that Verizon treated network traffic differently 11,100 times, while AT&T did so 3,398 times, T-Mobile 3,900 times and Sprint 339 times. Telecom giants say they’re throttling traffic to manage the amount of content people are streaming, but most consumers aren’t aware they’re doing it. "Now that net neutrality has been repealed by the FCC, it is important for consumers and researchers to watch out for ISPs starting to make use of their new ‘freedom’ in that way, and then call ISPs out for it," says Florian Schaub, a privacy and mobile computing researcher at the University of Michigan tells Bloomberg. More.

The UK’s top broadcasters are pressing for more government oversight of social media giants like Facebook, Google and Twitter. Top execs at the BBC, Sky, BT, ITV and Channel 4 wrote in a letter to The Telegraph: “We do not think it is realistic or appropriate to expect internet and social media companies to make all the judgment calls about what content is and is not acceptable, without any independent oversight. There is an urgent need for independent scrutiny of the decisions taken, and greater transparency.” British broadcasters are also salty because while they “invest significantly in British infrastructure and content, pay high and fair levels of tax, and we are all regulated by Ofcom,” Silicon Valley giants avoid UK taxes and operate under relatively lax regulations. More at The Telegraph.