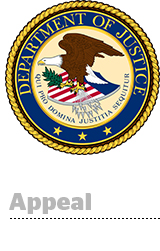 Back To The Bench

The US Justice Department is appealing the decision by Senior US District Court Judge Richard Leon to allow AT&T to acquire Time Warner. “Most legal observers believe the government faces an uphill battle in overturning the ruling,” reports The Wall Street Journal. For one thing, the DOJ could have issued a stay immediately after the ruling in June to keep AT&T from completing the deal, but it allowed the process to continue. In his ruling, Judge Leon said holding up the deal would be “an injustice” and cautioned against an appeal. Still, the government team thinks it wasn’t given a fair shake during the trial. And even if AT&T is likely to win the appeal, returning to court could complicate AT&T’s implementation of AppNexus and shelve other M&A that may be in the works. More.

People don’t think of Facebook as a browser operator, but the social platform’s web-browsing service has grown mobile site traffic in the US to double-digit market share in many states, according to Mixpanel data. “This is notable because it means many people in those states are using Facebook as their main point of consuming online content,” writes Sarah Perez in TechCrunch. Safari and Chrome are still the runaway leaders for mobile browsing in the US, but Facebook is now a clear number three, with 8.8% of mobile traffic. Moving down the line, all other browsers combined account for less than 1% of the market.

Does Axel Springer have what it takes to make digital media profitable? Bloomberg profiles the German publisher’s CEO, Mathias Doepfner, and his strategy for turning the legacy news pub into a digital powerhouse. Central to that strategy is Insider Inc., formerly known as Business Insider, which turned a profit in the first half of the year after generating more sales from ads and subscriptions than expected. Axel Springer plans to launch vertical-specific publications under the Insider Inc. brand, such as Car Insider and Travel Insider. As CEO, Doepfner has overseen Axel Springer’s purchase of almost $6 billion worth of media properties and has shed legacy assets like newspapers and magazines, with digital now accounting for roughly two-thirds of overall revenue. Still, as evidenced by the cautionary tales of Vice, BuzzFeed and Mashable, digital media growth can hit painful plateaus. “The complexity of the ad tech market really favors the big guys,” said Berenberg analyst Sarah Simon. “All the others, including Axel Springer, are minnows by comparison.” More.

Four advertising trade groups – the 4A’s, ANA, ARF and AAF – issued a letter to the Department of Commerce on Monday in opposition to the introduction of a citizenship question to the census. Namely: “Is this person a citizen of the United States?” They say the change would diminish minority and non-citizen respondents, which the census has historically tried to calculate. And the trade orgs aren’t interested in the easy brownie points – serious marketing budgets and whole categories of minority-focused agencies and vendors will lose opportunities as those audiences disappear from the census. Media mix modeling and panel-based measurements, for instance, are typically benchmarked against the census.