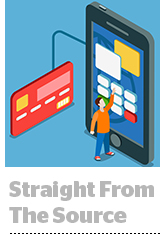 Money On My Mind

Recent data scandals haven’t stopped Facebook from asking US banks for information about their customers, The Wall Street Journal reports. Over the past year, Facebook has approached Wells Fargo, JPMorgan Chase, Citigroup and US Bancorp for data, including user credit card transactions and account balances. Facebook reportedly plans to use the data to improve commerce and customer service products that it is building on Messenger. Facebook badly needs to drive engagement to Messenger after its recent earnings debacle and less-than-stellar guidance and is hoping that banks, which have fallen behind companies like PayPal and Venmo in digital banking, will be assuaged by its pledge not to use their data for advertising or to share it with third parties. One bank has already backed out due to privacy concerns. More. But such is the topsy-turvy world in which we live that Facebook’s shares actually rose on optimism about the possible banking deals.

Put A Bow On It

Amazon is consolidating its three advertising businesses – Amazon Media Group, Amazon Marketing Services and the Amazon Advertising Platform – into one group and technology platform. It will also standardize campaigns for first-party and third-party sellers that had different tools and policies to date. Amazon’s ad business had been heavily siloed by category or use cases, making it difficult for buyers to use it as a more comprehensive platform. Now, advertisers will be able to buy all Amazon media in the same place and work with a single services group if they ramp up spend, Digiday reports. “Ultimately, an advertiser wants a complete and consistent view of how campaigns drive new business, and a consolidated platform helps deliver that,” said Kevin Packler, director of Amazon services at ad agency Tombras. More.

Tech companies will fight tooth and nail against efforts to curb data-driven advertising, but there’s reason to believe players like Google and Facebook will soon face a real reckoning and reshape their ad platforms around privacy and user satisfaction, rather than just gunning for scale and engagement. “Much like there’s been a change around ‘time well spent’ where technology was distracting us a lot, probably just making our lives worse, now all the operating systems are building in systems to help [reverse that],” WordPress co-founder and CEO Matt Mullenweg tells Kara Swisher of Recode. Efforts like the California consumer privacy initiative are leading to real industry change, [and] “we need that around privacy data ownership and advertising business models,” Mullenweg said. More.