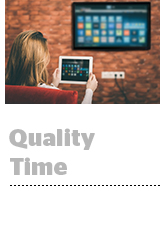 On average, US adults spend 11 hours per day consuming media, with six of those hours spent watching video, according to Nielsen’s Q1 Total Audience Report. Read it. Total video consumption grew 11 minutes over the previous quarter, with six of those minutes consumed through connected TV devices. Time spent on connected TV devices was up by five minutes per day, reaching 40 minutes total. Most of the shift to connected TV has been driven by adults ages 18 to 39, who now spend 43% of their media time on digital platforms. Despite digital’s gains, live and time-shifted viewing of linear TV still makes up the majority of the average US adult’s media diet, at 4 hours and 46 minutes per day. TechCrunch has more.

Facebook has removed 32 pages and accounts on Facebook and Instagram that were acting in a coordinated way to inflame issues before the US midterm elections, the company said Tuesday. Facebook wouldn’t decisively attribute the operation to the Russian group that used the platform during the 2016 presidential election, but the tactics were similar. Read the blog post. These latest accounts show more refinement than their 2016 predecessors, as evidenced by more diligent use of VPNs and disguised devices and the use of third parties for ads. Between April 2017 and June 2018, the accounts ran 150 ads costing $11,000, The New York Times reports. More.

Les Moonves remains the CEO of CBS, despite a raft of sexual misconduct and cover-up claims, detailed in an exposé in The New Yorker. But many industry analysts expect Moonves, who’s led CBS since 2003, to be toppled shortly, and it could lead to major ripples – even tidal waves – in the broadcast industry. The biggest factor “is that a recombination with Viacom now seems significantly more likely,” wrote Pivotal Research senior analyst Brian Wieser in an investor note. “Without Moonves at the helm, we think CBS will be less able to persuade investors that it is better off on its own.” The impacts would be felt at another remove as well. A Viacom-CBS merger would force pay-TV skinny bundles like Sling TV to include channels they’d deliberately trimmed from their offering.